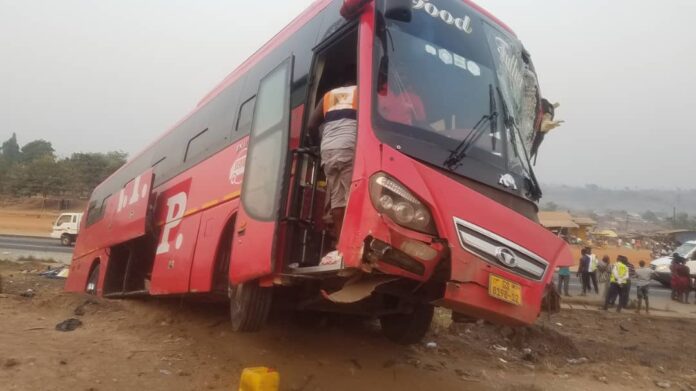 Dozens of passengers in two buses escaped death on the Asuobi stretch of the Accra-Kumasi highway Saturday afternoon in an accident involving multiple buses.

Reports reaching starrfm.com.gh indicate that a Jeoun bus and a Hyundai Bus speeding from the Kumasi direction veered off the road in an attempt to avoid a head-on collision with an oncoming Bus which was overtaking other vehicles.

He said occupants in the Buses who were injured have been rushed to Suhum government Hospital and a Health Center nearby for treatment. 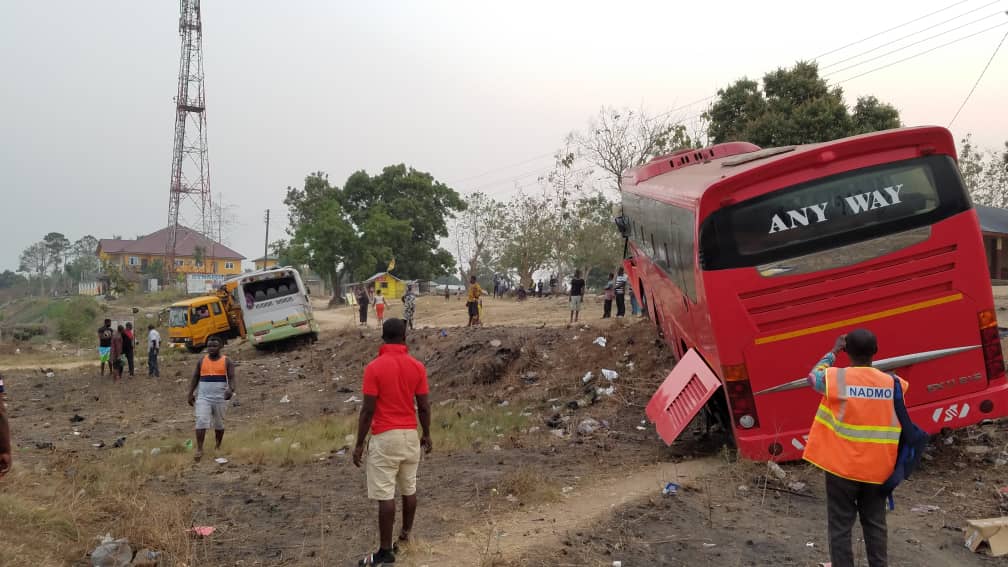