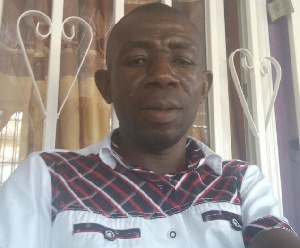 The District Chief Executive (DCE) of Asikuma-Odoben-Brakwa, Mr Isaac Odoom, on Tuesday told the Public Accounts Committee (PAC) sitting in Parliament that he had to use part of the common fund allocated to the district for rituals to pacify the gods.

According to him, after the completion and handing over of the new Breman Benin market, the traders refused to move into it with the excuse that they would die if they moved there.

He said upon persuasion by the market women, the assembly had no choice but to heed the request of the women by buying goats and Schnapps to purify the market.

“It is the communities that demanded from the assembly to do that. But I think the assembly was looking at it from the economic point of view; ‘let’s give them this [pacification items] for them to perform the rituals then the market can be used which we can go and take our tolls for more revenue’,” he said.

Mr Odoom, who made the revelation when he appeared before the Public Account Committee (PAC) of parliament, said the reason why the 2015/2016 audit report of the assembly did not capture some of the funds spent was because no receipts were provided for those transactions.

He said the assembly later brought in some pastors to also pray at the site based on the Bible’s directive that “give what is for Caesar to Caesar and what is for God to God”.

True to their word, the DCE said, as soon as the rituals were performed the traders moved into the market and were now doing brisk business.

He said the market was one of the major sources of revenue for the assembly and so when they were faced with that situation they had to heed the request of the market women, who were told by a traditional priest that they would die if they moved into the new market without performing the rituals.

The Chairman of the PAC,Mr James Kiutse Avedzi, later told journalists that they advised the assembly to ensure that all the funds allocated to them were sent with receipts to enable the auditors to clear them.

He said the committee understood that the chunk of the Internally Generated Funds (IGF) by the assemblies were from the markets and, therefore, they had to make sure that they satisfied the women before they moved into the market.

All the assemblies cited in the Auditor General’s Report for financial impropriety on ‘Utilisation and Management of the District Assemblies Common Fund’ (DACF) for 2015 arid 2016 financial years have been invited to appear before the committee.

The invitation to the assemblies, which are currently appearing before the committee, was in line with Article 103(3) of the 1992 Constitution which empowers the committee with functions, including “Investigation and inquiry into the activities and administration of ministries and departments as Parliament may determine.”