Private legal practitioner and author Robert Nii Arday Clegg is of the view that practising lawyers in the country must be allowed to advertise their services.

In his opinion, professional advertising should be approved and regulated as the advertising of alcoholic beverages is also being regulated.

He, however, noted that currently lawyers are allowed to promote, market their services without advertising. But he challenges the rule on the premise that Britain where the law on advertising emanated from, law firms are allowed some form of advertising.

Mr Clegg who was a former host of the Morning Starr on Starr 103.5 FM, was a guest on the Starr Chat with Bola Ray on Wednesday.

“To cut the long story short. Why do we have the rules against advertising? It’s because the British decided to do so. And introduce us to what we call law and pass that on to us. And said that there was such nobility about the profession that it didn’t need to sound like somebody selling ginger ale in the open market,” he explained.

The Harvard trained lawyer added “but as time has rolled on, currently, where the rules came from, they permit some form of advertising. In fact, long ago you can watch English premiership matches and see an advert board featuring a law firm. So all of a sudden we’ve become more catholic than the pope. And our reason why we say people should not advertise cannot go outside of the remit of what the law provided for us decades ago.”

“I don’t think that there is anything wrong saying that I am a lawyer, I provide service xyz and put it in some form of an advert.”

He indicated he is preparing to take up the issue in court adding “we should take a second look. I think that we should go to the Supreme Court at some point. I think at some point I’ll take up this challenge. I’m working at it.”

The book, ‘Corporate Governance: The Boardroom, The Bottom Line & Beyond’ by Arday Clegg was launched in December in Ghana’s capital Accra.

The book is currently on sale and the author is hopeful it will significantly help address issues that many have with properly system of running an organization. 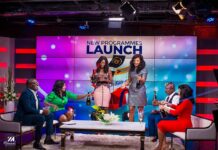