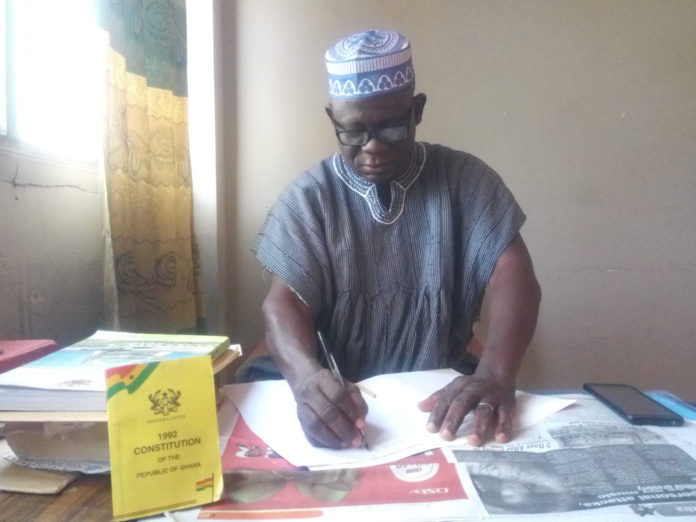 The self-acclaimed chief, Elijah Nabil, is neither the chief of Gban nor the acting chief of Gban. The mere fact that his elder brother, Nab Yeng Volbazaah, who has been at large three weeks after his installation as chief and has not returned from exile, does not give room to any of his brothers to claim the chiefdom of Gban.

We hereby call on the general public to disregard all publications, engagements and transactions on behalf of the Gban community endorsed by the self-professed chief as null and void and for that matter he does not represent the Gban community. It is our request that Elijah Nabil, being seen acting on behalf of the chief, should cease holding out himself as acting on behalf of the chief, Nab Yeng Volbazaah, and to report to the Tongo Rana, the Paramount Chief, that the long absence of the newly installed chief is causing more harm than good to the community and as such should call him to return to take up the responsibilities for which he was installed.

The Leaders of Gbane for Peace and Development (LOGPED) needs no approval from any traditional council before embarking on any protest action. Meanwhile, Gbane is in the status of traditional area not council. Therefore, the assertion of the self-professed chief naming the tradition as a council in his press statement is misleading.

We think that the media institution that published the news item titled “We’ve not approved any Protest against Mining Firm— Gbane Traditional Council” failed to do due diligence also by not verifying from other sources mentioned in the press statement released by the self-acclaimed chief in an attempt to tarnish the reputations of the personalities mentioned in the statement i.e. Tii-roug Zumah Yaro who happened to be the convener of the statement which the self-appointed chief and his group were reacting to on behalf of the Shaanxi Mining Ghana Ltd. Interestingly, the self-imposed chief works for Shaanxi Mining Ghana Ltd as a security officer, a fact he cannot deny unless he says he has resigned or he has been dismissed.

We have the belief that the news reporters who reported the statement signed by the supposed chief to citinewsroom.com did so to satisfy their paymasters. We again believe that Citi News would not stoop so low to engage reporters involved in the practice of yellow journalism. We call on the managers of Citi News to investigate whosoever the correspondents are in order to redeem the respect we have in them as discerning listeners of Citi News.

I wish to conclude by stating that in an attempt to drag the reputation of the only living witness of the MoU on behalf of the Gbane Traditional Area (Tii-roug Zumah Yaro) in the mud, the self-imposed chief and his team are quoted to have said in their press statement that he (the witness) wrote a letter to the Shaanxi Mining Ghana Ltd requesting for cash consideration in exchange of a project in the MoU and which, according to the self-imposed chief and his team, caused the execution of the project to stall. This is a mere propaganda aimed at covering up the gross misdeeds of the Shaanxi Mining Ghana Ltd and their cronies. Meanwhile, we are entreating all members of the Coalition of Pressure Groups against Dangerous Mining and Wrongful Occupancy of Farmlands to prepare themselves for the mass picketing come Friday 10th January, 2020.

Thank you and a Happy New Year to all well-meaning people of Talenteng as well as Ghanaians home and abroad.

Elder of Gbane, Former Secretary to the late Chief of the Gbane Traditional Area, Nab Pubortaaba Nabil and Member of the Coalition of Pressure Groups against Dangerous Mining and Wrongful Occupancy of Farmlands .