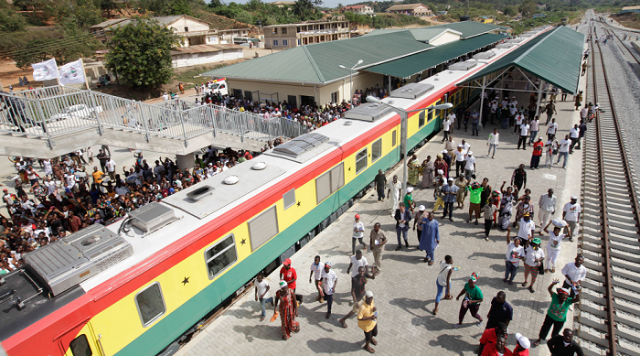 The Ghana Railways Company has announced that rail passenger services from Takoradi to Tarkwa in the Western Region will commence from February 5, 2020

The announcement was contained in a press release issued on January 25 and signed by the Deputy Managing Director of the company, Dr Ing Michael Anyetei stated the decision follows the successful completion and test runs of rehabilitation works on the Takoradi to Tarkwa rail line.

Earlier this year, the workers union of the company called on government to speed up the rehabilitation of the Western rail line which they argued is the backbone of the company

“After the test runs, Ghana Railway Development Authority (GRDA) has given certification for the Ghana Railway Company Limited to commence passenger services on the line”, the statement said.

The Ghana Railway Company Limited has resolved to commence three-day free passenger services from Takoradi to Tarkwa on January 28, 30 and 31.

The Company also indicated there will be an occasional interruption in operations for contractors to undertake civil works.

The oncoming of the passenger services is expected to reduce vehicular congestion and fatalities on the Takoradi-Tarkwa road which has been described as a death trap by some safety experts.