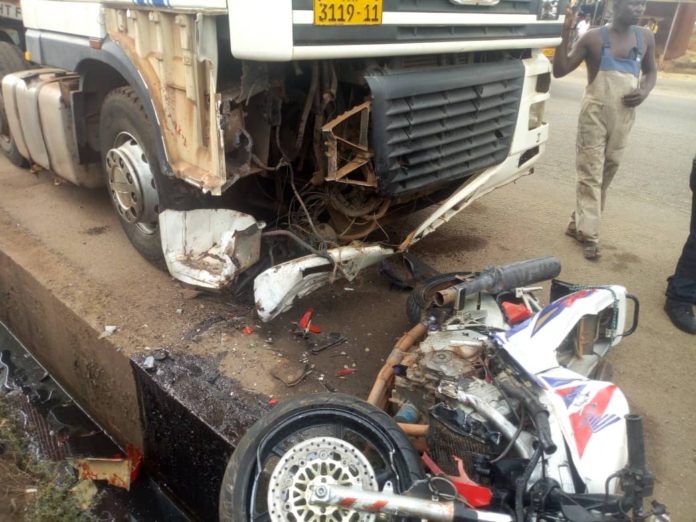 Bodies of the deceased persons have been deposited at the morgue while the seriously injured pillion passenger has been hospitalized.

The first accident occurred when the speeding rider crashed into a parked articulator truck. The Rider died instantly but the passenger survived though with a serious injury.

The second accident occurred a few hours later at Ankaase, a community near Anyinam where a hit and run driver in a Charge of a Bus crushed to death, one Yaw Twumasi, who was riding a motorbike.

There is an increase in motorcycle accidents in Ghana as a result of the rise in the use of motorbikes for commercial transport despite being illegal.

Statistics indicate that, from January to October 2019, Ghana recorded 589 deaths through motorcycle accidents.

Mr David Osafo Adonteng, the Director, Planning and Programme, National Road Safety Commission, said the figures had been increasing since 2010, which recorded 310 deaths.