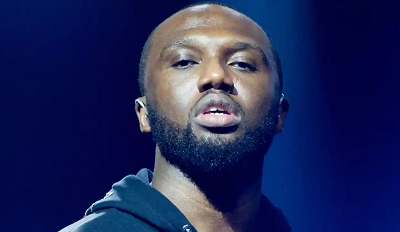 Headie One, the Tottenham rapper who has had chart success with Stormzy and Dave, has been sentenced to six months in prison for carrying a knife.

The 25-year-old of Ghanaian origin, whose real name is Irving Adjei, was arrested last June after his car was stopped and searched by police, and a lock knife was discovered. He was bailed on the condition that he stay out of the London boroughs of Haringey and Enfield. He went on to perform at festivals including Glastonbury and Wireless and completed a UK tour in the autumn.

He was convicted last Friday at Wood Green crown court in north London. His representatives told the Guardian they had no further comment on the case for now.

Breaking into the mainstream in 2019, Adjei is the most successful rapper in the UK drill scene, the rap sub-genre characterised by its rolling verbal cadence and lyrics that frequently describe violence and drug crime. He is featured on Audacity, a track from Stormzy’s album Heavy Is the Head that reached No 6 in the UK singles chart and is currently in the Top 20; his own track with Dave, 18Hunna, also reached No 6.

Adjei has had three other Top 20 hits, and his mixtape Music x Road reached No 5 in the album chart in September.

Adjei has been jailed three times before, most recently in October 2014, when he was sentenced to 30 months for being in possession of nearly £30,000-worth of heroin and cocaine, as well as a lock knife. He was arrested in Aberdeen, where Adjei had acted as a drugs courier to pay off debts, according to his solicitor.

“It was crazy, the young teenage years,” Adjei told the NME last year. “There’s no rules. My family lived on the estate as well; they see what’s going on. They probably see more than we see. I just grew up with my one parent, my dad. They can try to guide us to make the right decisions, but it’s a bit mad. You can’t really tell someone from that environment what to do.”

He is the second prominent British rapper to be recently sentenced to a jail term for carrying a knife. Brit and Mercury-nominated J Hus was sentenced to eight months in December 2018 after he was arrested in Stratford, east London, in June that year. He was released early, last April, and announced his freedom by appearing at the O2 Arena with Drake.