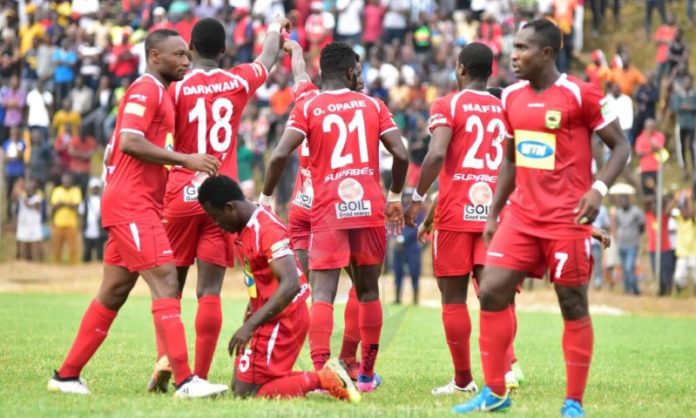 Kumasi Asante Kotoko says it accepts the decision by the GFA to ban it from the use of the Baba Yara Stadium.

“We accept the FA’s decision. As a club, we do not support fan hooliganism,” PRO of the Club Kennedy Boakye Ansah told Francis Abban on the Morning Starr Tuesday.

The ban comes after a supporter was shot in the eye after fan agitation following a defeat of Kotoko by Berekum Chelsea at Baba Yara stadium Sunday.

A statement announcing the ban said: “Article 14 (2) of the GFA Premier League Regulations states that: ‘the GFA may order the closure of any league centre/venue where the safety of clubs, match officials and/or spectators cannot be guaranteed”.

“The GFA Prosecutor shall prefer charges against any person/party found to have breached any provision of the GFA Regulations or Disciplinary Code,” it added.