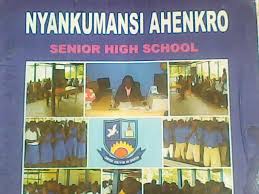 Two students of Nyankumasi Ahenkro Senior High School (SHS) have died from Meningitis out of seven reported cases in the Assin South District of the Central Region.

Health authorities disclosed that cases of Meningitis were reported in three communities within Assin South involving a farmer, some traders and a seamstress with appeals to the public to desist from buying over the counter drugs as treatment.

A preliminary report by a medical team at the Assin South District Health Directorate led by the Central Regional Deputy Director of Public Health, Dr. Kwabena Sarpong confirmed the death of the two students.

According to him, one of the risk factors of meningitis is overcrowding and congestion as well as affected persons coughing and sneezing haphazardly further spreading the disease.

Dr. Sarpong disclosed this to Kaspa FM news Yaw Boagyan at the Central Regional Health Directorate in Cape Coast to brief them on precautionary measures on the deadly Coronavirus, Meningitis and Inactivated Polio Vaccine campaigns.

He said when his outfit was alerted about the Meningitis disease killing students at Nyankumasi Ahenkro SHS, he rushed to the said School with his hard-working team and upon their visit realized that two other students also had the said disease and they were treated and discharged.

Dr. Sarpong added the team screened all the sick students but none had Meningitis.

He said he used the visit to educate the entire School including the authorities and staff about the dangers of Meningitis and measures to prevent it.

Dr. Kwabena Sarpong advised the school authorities to make sure they decongest the school dormitories to prevent the spread of various diseases.