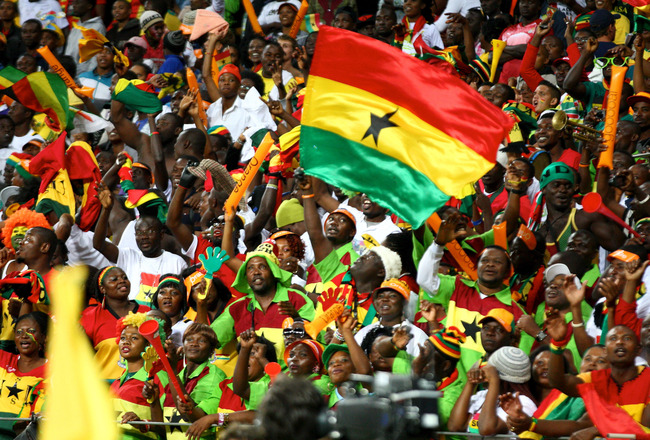 Ghana has been ranked the sixth-best country in Africa for investors in the latest RMB Investment Attractiveness 2020 rankings.

The country climbed three places from the previous year’s report – edging closer to the coveted top 5 countries for investments in the whole of the continent.

The report released earlier this week said the country’s growth outlook is strong and concentrated around the oil and gas sector.

The report forecasts that although the country’s economy has largely been driven by hydrocarbons, the non-oil growth will pick up again, supported by pro-business reforms and a steady improvement in the power supply.

“Political stability will remain underpinned by Ghana’s strong democratic credentials. Ghana’s mining industry was worth US$5.9bn in 2019, the third-highest in Africa, and grew at 6.3% year on year, outshining many of its continental peers in the resources sector,” the report said.

Contributing to Ghana’s strong performance is the fact that it has Africa’s highest ranking in the Fitch Solutions mining risk/return reward index, which assesses potential returns on investment, both in terms of industry size and forecast growth and broader country characteristics like the regulatory environment.

Other sectors of the economy that fed into the report include a vibrant retail sector which largely remains informal.

“However, the Accra retail market is close to saturation, and new developments will be opening in a challenging economic environment. In the short to medium term, retail development is likely to focus on secondary cities such as Takoradi and Kumasi,” the report said.

Ghana’s manufacturing sector is ranked the eighth strongest on the continent is characterised by its small market size but high competitiveness.

In all of this, Ghana remains one of the few West African countries bucking the downward growth trend by continuing to offer positive examples of economic recovery by placing emphasis on diversifying its economy.

Despite the recent deterioration in its operating environment rankings, Ghana remains one of the easier business environments in Africa. Growth over the medium term is expected to average 6.2%, which is supportive of the greater macroeconomic fundamentals.

Drawbacks
According to the report, however, Ghana’s public debt burden (and public arrears in the local sector) requires considerable fiscal consolidation to correct.

The country’s commodity dependency is increasing, with oil, gold and cocoa being the main exports, which leaves Ghana heavily exposed to international price trends.

The risks of a slowdown in global growth that is aggravated by persistent trade tensions are credible and worth noting, the report added.

“We believe that the six sectors we’ve featured this year are key to inclusive growth across the continent,” says Fauconnier. Contributor, Daniel Kavishe, adds that under the resources banner, “mining, energy and agriculture all offer vast opportunities for the savvy investor.”

Turning to retail, Fauconnier says that it’s all about playing the long game: “While the middle class is not growing as fast as expected, the potential is still evident in the numbers.”

On the topic of finance, Ramkhelawan-Bhana stresses that: “financial services play a critical role in securing Africa’s future. Without sustainable funding and commercial credit, project development in key areas such as infrastructure, healthcare, and energy projects remain concepts rather than reality”; she adds that “the ICT sector and internet access in particular, long-viewed as a luxury in Africa, are fast becoming crucial to inclusive economies.”

According to Fauconnier and contributor Chris Mabanga, manufacturing is set to take centre stage as the continent, with its advantage of an abundance of natural resources, is focusing on turning its raw materials into manufactured goods to boost exports and reduce reliance on imports.

And, finally, Mandimika highlights that construction activity is surging as countries attempt to bridge the funding chasm between what’s needed and what’s actually being spent.