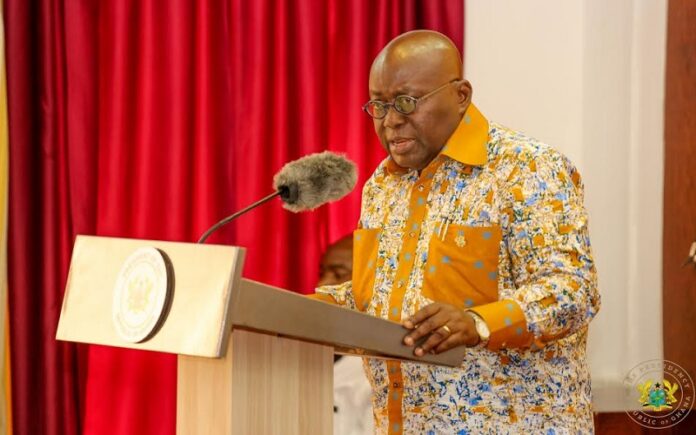 President Akufo-Addo has extended the restrictions on public gatherings by two more weeks.

The President signed the Executive Instrument (EI) extending the duration of the restrictions imposed under EI 64 and EI 65 Sunday.

As announced already, the restrictions imposed on movement of persons in Accra, Tema, Kumasi and Kasoa, under EI 65, have been extended for a further period of one (1) week with effect from Monday, 13th April, 2020.

All other provisions, including all exemptions in EI 64 and EI 65, are still in full force and effect, a government notice said.

Meanwhile, COVID-19 cases in Ghana have now hit 408 with eight deaths according to the Ghana Health Service.

The GHS stated that as of 10 April 2020, a total of 27,346 persons have been tested with 408 being positive for COVID-19. The breakdown of the 408 positive cases are as follows: four (4) have been treated, discharged and have tested negative, 394 cases have been categorised as mild disease on treatment, two (2) moderate to severe cases, none currently on ventilators and eight (8) have died.