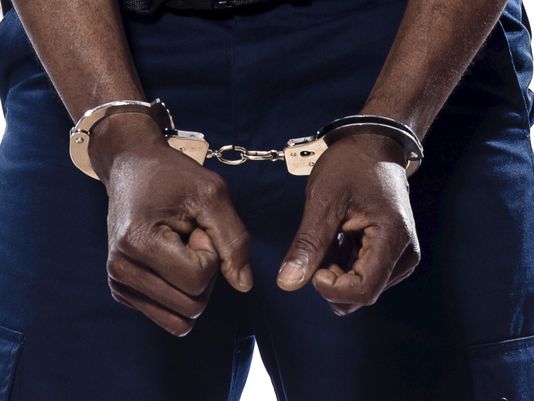 The 34-year-old Nigerian national who has been remanded for allegedly defying the government’s restriction order by going round to take blood samples of pregnant women and other residents of Gbese, a suburb of James Town without legal authority has pleaded not guilty.

Chukwuka James has been charged with the offence of “failure to comply with the restriction order” of the President following the COVID-19 pandemic.

In court on Wednesday, April 15, 2020, when his plea was taken, he pleaded not guilty to the offence, saying that it was not intentional that he came out that day.

The accused person has, therefore, been remanded by the Accra Circuit Court presided over by Afia Owusuwaa Appiah to re-appear on April 30, 2020.

Previously in court, his plea was not taken because the prosecution had indicated it would need time to augment their facts with new information.

But in court on Wednesday, April 15, the Prosecution, led by Police Chief Inspector Gulliver Tenkorang, maintained the charge and the facts before the court.

He told the court that the accused was arrested holding medical equipment.

He told the court that certain amendments needed to be added to the facts would be done within one week. He subsequently prayed for the accused to be remanded.

The court, while remanding the suspect to re-appear ordered prosecution to file their disclosures before the next court date.

The facts of the case as presented to the court were that James is a Nigerian national and currently resides at Newtown in Accra.

According to Chief Inspector Tenkorang, the prosecutor in the case, due to the outbreak of COVID-19 pandemic, the President, by Executive Instrument 65 in accordance with provisions of the Imposition Restrictions Act 2020 (Act 1012), on March 30, 2020, imposed a two-week restriction on movement outside the place of abode of person resident within specified areas, including the area where the suspect resides in Newtown.

He told the court that on April 4, 2020, at about 9 a.m. the police had information that the suspect was taking blood samples, checking BP, and sugar level of residents in the Gbese community.

According to him, the police proceeded to Gbese in James Town and arrested the suspect who had in his possession glucometer, thermometer, test strips and gloves.

Upon interrogation, the suspect informed the police that he is a distributor of food supplements and admitted that he went to Gbese to take the blood pressure of his clients.

He told the court that the suspect was also checking the sugar levels of the residents in the community.

He said it came to light that suspect does not fall within the exemption group with regard to the imposition of restrictions on all persons in Ghana.

A pregnant woman who lives at Gbese confirmed to the police that her blood pressure was taken by the accused person.