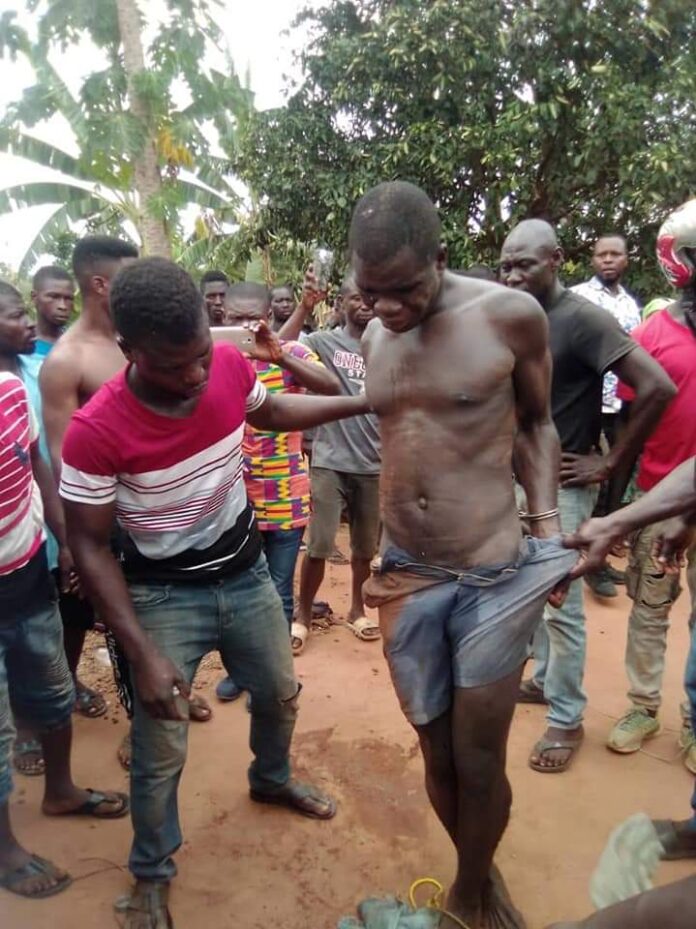 A man alleged to be mentally deranged has killed his father at Brepaw a farming community in the Upper Manya Krobo District of the Eastern Region.

The suspect Kofi Felix believed to be in his 30s was overpowered by angry residents in the community after the gruesome act and was nearly lynched having beaten him to a pulp.

The body of the deceased has been taken to the Asesewa Government Hospital Morgue.

The suspect is in the custody of Asesewa Police assisting with investigations.