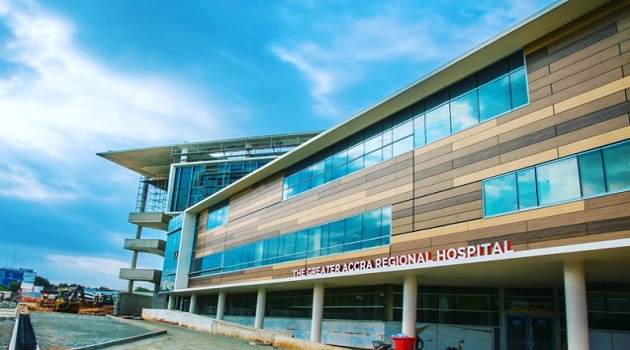 Tension is simmering at the Ridge Hospital in Accra over the attempt by management of the hospital to exclude some nurses at the facility from the 50% salary increment package announced by President Akufo-Addo in the wake of covid-19 pandemic.

Some of the affected staff of the hospital who spoke to Starrfm.com.gh on condition of anonymity Thursday said they realised their names had been dropped after departmental heads were made to submit a list of workers who should be included in the package on Wednesday.

They claimed that the list rather contains names of administrators, accountants and others who are not in the frontline of the fight against covid-19.

“Our in charge was asked to submit the list of staff in our unit for the package and she wrote some names and left some because they say not all of us should be included. She said only those who check vital signs and Antenatal clinic (ANC) people should be included. This thing is causing discrimination and they should address it immediately,” one of the nurses said.

The hospital has not responded to calls for their position on the matter.

Meanwhile, President Nana Addo Dankwa Akufo-Addo has acknowledged the controversy the term ‘frontline health workers’ has caused, after government offered to pay them more for their efforts in fighting the deadly coronavirus.

Suppressing a smile, and stifling a laugh, the president said government would soon come out with an operational definition.

“Effort is being made on the part of the government, to arrive at an acceptable definition,” he told leaders of the Ghana Registered Nurses and Midwives Association (GRNMA) during a meeting Thursday at the Jubilee House.

The GRNMA have asked for 35% increase in salary for all their members and 50% for critical care staff.

Their proposal came after the president, in his fifth address on the fight against coronavirus, committed the government to a promise that;

“…all frontline health workers will receive an additional allowance of fifty percent (50%) of their basic salary per month, i.e. for March, April, May and June. The March allowance will be paid alongside that of April.”