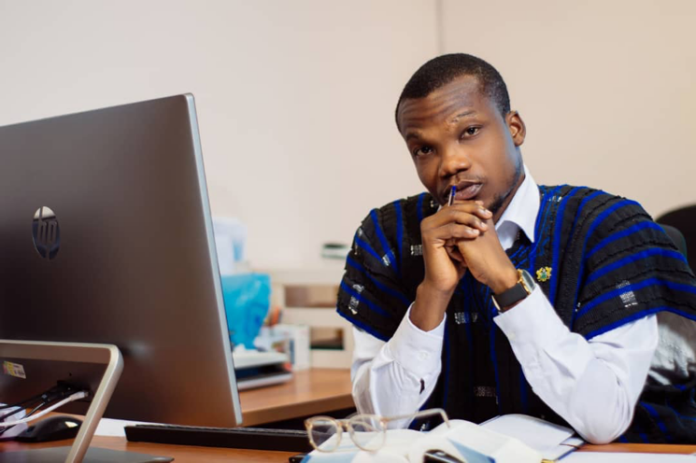 The recent talk of town in the Ghanaian political circus is John Dumelo, one of Ghana’s movie stars who have put on some political weight in this time of covid-19. The conversation has been how his campaign ahead of election 2020 is making him a desirable candidate among the electorates of the Ayawaso West Wuogon (AWW) , one of the hotly contested elite seats in the Greater Accra region . The Actor is the NDC parliamentary candidate of the National Democratic Congress (NDC) and faces the incumbent MP Madam Lydia Alhasan of the NPP.

Playing ignorant of the longstanding political traditions and dynamics at the AWW constituency, I wish to highlight some major grounded political theories that seem to be informing the John Dumelo (JD) candidacy and his campaign. But need I stress that these activities though are hinged on theories, my assumptions remain theoretical and may not be a decider of how AWW turns out in December 2020:

Many literature have reinforced existing theories  of celebrity capital and endorsement in elections. My lecturer Agyepong (2017) espoused this in her content analysis on the role of celebrity capital in the 2008 and 2012 campaigns in Ghana. Among other things, she cited how in 2008 a veteran actress and media personality Maame Donkono’s endorsement of the NPP was covered by the media to have made some effect on electorates. On the other hand, comedian DKB in 2012 also helped in framing some youths to support candidate JDM.

Politics largely hinges on popularity. This perhaps explains why many movie stars, journalists, business moguls, musicians among others, venture into politics and end up doing well in this regard.

Despite John Dumelo has celebrity capital, he keeps increasing his popularity metrics among the grassroots of AWW. Madam Lydia is struggling to catch up on the matter of popularity despite one can see her efforts to avoid the gap widening by December 2020. She’s doing this through similar outreaches to students and households in this pandemic times.

The gender and gender-bias syndrome :

Further studies agree with influences gender has in elections. Allah-Mensah (2005) found in her inquiry on women in politics and public life in Ghana that “there is enthusiasm for women’s participation in politics”

The story of a male contender versus a female contender in this AWW contest is likely to favour the above finding due to a number of factors, among them is the 21st  century wind of gendet empowerment.

However, JD has been framed as the “ladies man” during his several outreaches to the University of Ghana campus and the alleys of the constituency. Ordinarily, this would have had excesses where the candidate could be framed as predatory, but the consistency and new frames of him as a married man and family man is gradually de-emphasizing the former negative frame. This is also posing a major threat to Madam Lydia who faces a global inherent myth of  “women are their own enemies”.

The cash factor with a twist:

The cash factor becomes very interesting in the context of the Dumelo vs Lydia race.

First it is needless to belabor the point that cash is a primus inter pares of every political rendezvous. But Daniela Kuzu of the  Friedrich-Ebert-Stiftung (FES) adds a twist –  “Generally, campaigning in Ghana with very little money is almost impossible… Sad, but it appears that those who flaunt their wealth during campaigns are usually better positioned to win elections”

This is where Gyampo et al (2017)  in investigating why the NDC lost the 2016 elections , among other things, disagrees partly. He cited the flaunting of resources by the NDC as a major cause of their defeat.

The above conflicting theories leave today’s candidates with one option –   campaigns should be geared towards problem solving. That’s why one gets to appreciate the strategy being used by the JD team. The recent economic packages in the form of loans to support some SMEs in the constituency depicts the serious agenda to develop the area through economic initiatives and capital injection in this times of covid-19. The decision to make it a loan and not one of those freebies tells of the realistic  and dispassionate strategy used in their campaign. I expect much more from candidate Lydia in this regard. Incumbency is widely conceived or misconceived  as an avenue to dole out initiatives to address the germane challenges of the people. Perhaps she’s doing that at the blind side of the mainstream media. She will need more of this in an e-campaign era.

This is one disadvantage of incumbency. The Dumelo camp is making good use of the limited time on the hands of its opponents and spending quality time with the electorates at the grassroot. He has pounded fufu with the people before. He has fried buff loaves with the people before. He has slept in the cubicles of his peers before and has couched a ‘guy-guy’ campaign slogan which could appeal to a large portion of the youth of the constituency. The #IDey4U message on his paraphernalia during these political outreaches  may have more effect in this campaign trail. This street campaign style has gradually taken a spotlight even in the mainstream media and among the publics. This is how the Friedrich-Ebert-Stiftung (FES) explains this in their research:

“In addition to traditional campaign methods, some of which demand considerable resources and time (such as visiting homes), you can also make yourself known with a so-called “street campaign” and present your goals in it. … Your campaign team is extremely important in the street campaign because you would scarcely be perceived as alone. A group of persons attracts more attention. It is a good idea to buy team T-shirts for your campaign team at the beginning of the campaign. They do not have to cost a lot”

Indeed it may be early days yet, but the  proverbial teaching “the early bird catches the early worm” hasn’t yet been disproved. I’m yet to see a bird who gets to a worm early but catches his breath for so long that another bird comes to snatch the worm in question.