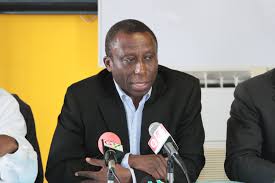 A former national athletics Coach Albert Nukpezah has lashed out at Professor Francis Doodo’s administration describing it as a failure.

Nukpezah who coached most of the Ghanaian athletes that won medals for Ghana at the global stage in an interview with Starr Sports said Francis Doodo’s administration has added nothing good to the growth of athletics since he came into power in October 2011.

“They have really failed us as a country because those days we used to get coaches from all the regions to get quality talents in athletics to pick some for national assignments but that’s not the case since he took over from BT Baba’s administration in 2011,” a disappointed Nkupezah said.

“Now we are only relying on already made athletes which is not the best for us as a nation,” he added.