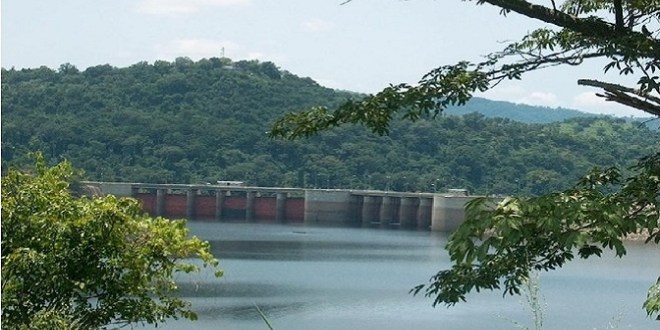 Residents of Weija are calling on water authorities and government to fix the cracks on the Weija Dam as the rainy season begins.

Residents at Tetegu all the way to parts of Dansonman and its environs have been victims of perennial flooding as a result of spillage from the water treatment plant. Hundreds of locals are either displaced or lose properties running into millions of Cedis every year when there is a spillage.

“We are appealing to the water authorities to step in quickly because the rains are coming and we can’t endure any flood. I’ve stayed here for close to 10 years and every year I go through this problem. It will be worse with the Covid-19 now spreading when we encounter another flood. We know the president is a listening father and we are appealing to him to do something about the Weija Dam else catastrophe awaits the nation,” Nii Boye Adama, a resident told the media.

“We’ve a lot of issues but the flooding is the issue. Now we hear there are cracks all over the dam and this is terrible. Do they want us to die? Anytime they spill the dam everything comes to a standstill in this part of the capital. Are we not part of Ghana. Our children have to virtually swim before they get to school or schools don’t open at all. It’s not easy, the Ghana Water Company Limited and the government must hear our cry this year,” Roselyn Amoah, a trader who has been in the area for about two decades lamented.

Isabella Gyan, a student said: “I’m scared. Every year this is what we go though. Last year my little sister nearly lost her life when the flood came. A friend was also nearly electrocuted when he stepped into water with an electric wire in it. Our lives are in danger. We are appealing to our MP and officials to save us this time because we can’t fight flood and coronavirus at the same time.”

A disaster is waiting to happen as the Dam has structural cracks. The Weija Dam was built by the Kutu Acheampong regime in 1978 for water treatment and supply to about 80% of households in Accra at the time. It has, since, remained a major national asset, even if it now supplies only a third of Accra’s population. The five concrete water channels of the dam have visible cracks which are quite frightening
It has not received any major renovation since it was built.

Additional damage is found in one of the gates of the five concrete water channels of the dam that water spills through; the gate is faulty and malfunctioning.

According to some of the residents, they fear that if the Weija Dam is left to deteriorate further, the structure will soon collapse, swamping hundreds of homes and carrying away incalculable lives and property.

The inhabitants, therefore, called on the government to renovate the structure or construct new water channels.

“We don’t have anywhere to relocate to and this is our only place. We can’t be struggling to rescue our children all the time around this time of the year. Government must hear our cry. We are begging them. It’s even scary with coronavirus here with us,” Nii Obodai, a resident said.

Come to our aid; a genset could save a mother – Aplaku Clinic appeals