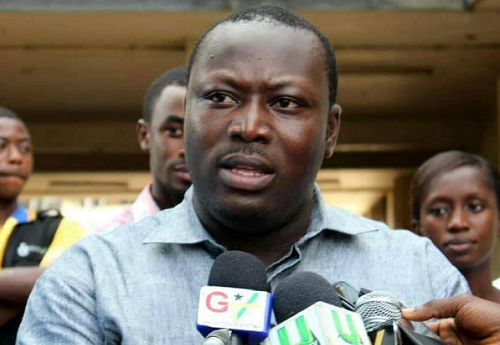 The National Youth Organiser of the opposition National Democratic Congress George Opare Addo says the deployment of soldiers to parts of the Volta region ahead of the voter’s registration exercise is an attempt to disunite the country by government.

Some residents of Ketu South in the Volta region are lamenting the presence of soldiers in the constituency.

The governing party’s legislator K.T Hamond has said: “the military is at the Aflao border to make sure you vote if you are a Ghanaian and if you have the constitutional right to vote. That’s all there is. They are not electoral officers but they are peacekeeping forces. They are keeping the peace.”

In a statement, the NDC youth leader said attempt to intimidate residents of the Volta region from going to register will not be tolerated.

“For the avoidance of doubt, the residents of the Volta Region are also veritable citizens of Ghana, who are enjoined by law to enjoy unfettered access to all events and democratic exercises without any form of suppression, exemption or shrewd mechanisms to elbow their participation and active involvement. On the back of this premise, it is regrettable for the military to be intimidating these innocent civilians who are only lacing their boots to patriotically participate in Tuesday’s exercise when it officially begins,” the statement said.

It stressed:” Under the circumstances, we have taken the DUTY of defending our LIVES and LIBERTY into our HANDS. And for the records, there is nothing, absolutely nothing that can defeat the organized will, might and force of mass action. To the good people of the Volta Region across the COUNTRY, the YOUTH WING of the NDC STANDS WITH YOU against this naked ethnocentrism and systemic operations against you, just because of where you were born and those you were born to. History tells us that when the great Kwame Nkrumah was mobilizing this nation for independence, Akufo-Addo’s uncle, J. B Danquah, was sheepishly parading arguments for the extension of colonial rule even at the closing hours of gaining independence.

“It is ironic today that his nephew, who is now the beneficiary of a Ghanaian-run-government within an independent state, is seeking to dismember and disunite this country in the most offensive and systemic ethnic assault and discrimination ever in our nation’s history. We remind the people of the Volta Region that the national anthem of this country was coined by an illustrious son of the Volta land; Philip Gbeho. Let Philip Gbeho’s timeless words as captured in our national anthem, “Resist Oppressor’s Rule”, ring in your hearts as you march to register to vote. Comrades, friends and fellow countrymen, let no one prevent you from accessing that inalienable and exclusive right to register and vote”.