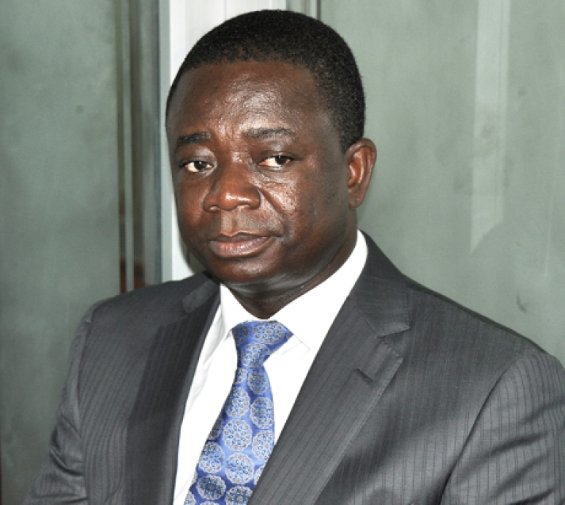 The trial judge in the case of Dr Kwabena Opuni and Seidu Agongo vs the Republic has descended on State Attorneys for not producing their third Prosecution Witness (PW3), Dr Yaw Adu-Ampomah for him to be further cross-examined.

The state attorneys were expected to produce the witness, Dr Ampomah, who is currently the Special Advisor on Cocoa Affairs to the Minister for Agriculture, to be further scrutinised.

But when the case was called, Madam Stella Ohene Appiah, a Principal State Attorney, told the court that, “We were served this morning with an application for stay of proceedings pending the determination of an interlocutory appeal which has been fixed for July 2nd at the court of appeal.

“My Lord, the prosecution didn’t bring its witness because we understood that when such applications are repeated at the Court of Appeal, the sittings for the day does not usually continue.

“My Lord, we were also informed that the application has been brought to the attention of the court.”

However, Justice Clemence Honyenuga, Justice of the Supreme Court sitting with additional responsibility as a High Court judge, angrily said “are you the one to decide?

He went on to ask “Is it for you to decide or the court to decide? You are not the one to decide. You have lost touch, why should there be an oversight? You have to come to court prepared and the court will decide. I’m not pleased with all, this case has dragged for some time.

The judge said, “We have a function and I have gone to CJ to inform him I couldn’t be there because of this case, now I’m here and I cannot go to the function.”

The Principal State Attorney, therefore apologised to the court saying “My Lord we are very sorry”

When Dr Opuni’s lawyer Samuel Codjoe took his turn, he cited various authorities to the judge to back the position of the state attorney.

He said, in matters of such nature, proceedings are statue for the court of Appeal to deal with the interlocutory appeal.

He cited the Constitutional Instrument (CI.19) as amended to support his position and that of the prosecution, but the court disagreed.

The judge after hearing both parties said, “It is my considered opinion that filing an application for stay of proceedings, does not operate as an authentic stay.”

The judge added that “it is also my considered opinion that the rules cited by first accused in CI..19 as amended are wholly unsupportable”.

The court said the “matter (trial) as at now is for the case to proceed and not a matter of execution in any form.

Consequently, the court dismissed the submission by both the Principal State Attorney and counsel for Dr Opuni.

The judge said, in the absence of PW3 who is under cross-examination, the case stands adjourned to July 6, 2020, by which time the said appeal would have been dealt with.

Dr Opuni, the former Chief Executive Officer of COCOBOD and Mr Agongo are standing trial for causing financial loss to the state.

They have both pleaded not guilty and have been granted bail.