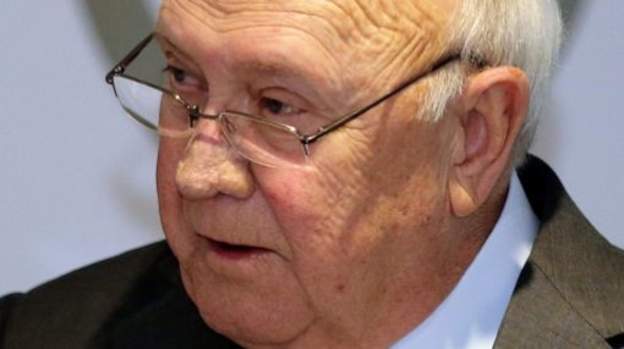 South Africa’s former President FW de Klerk has withdrawn from a US seminar where he was to speak on the rule of law, racism and minority rights.

His foundation said the former Apartheid leader did not want to embarrass himself or his hosts, American Bar Association (ABA), in the current charged racial climate.

The De Klerk Foundation said the allegation that he was involved in gross violation of human rights was baseless.

The ABA has since confirmed his withdrawal from the 1 July event.

Mr De Klerk was the head of South Africa’s white minority government until 1994.

In February, Mr De Klerk apologised for “quibbling” over whether or not apartheid was a “crime against humanity” during a television interview.

The remarks fuelled a row that revealed old apartheid wounds.