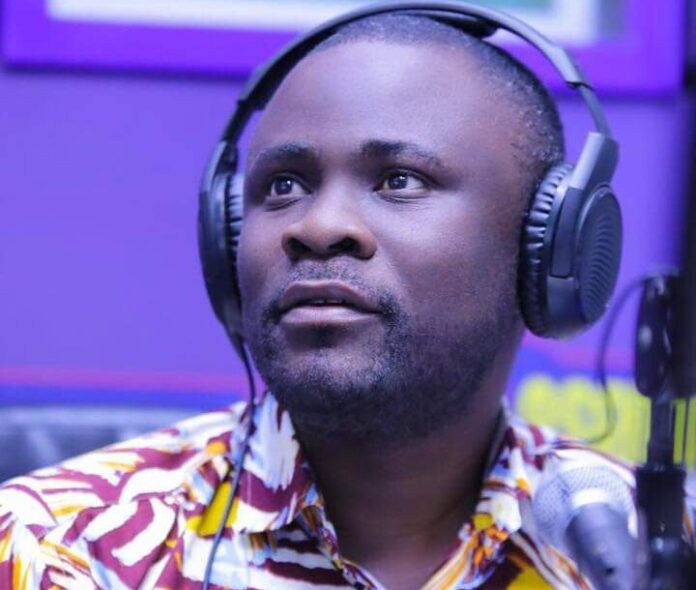 You must Apologize to Kweku Baako

Let me start off with a congratulatory message to you for your recent elevation to the position of Programmes Manager at the prestigious Multimedia Company. I am without doubt, that, you are deserving of your appointment and that, same was based on merits. Congrats, Sir!

In order to help you dispense off your curiousity about who is writing to you, let me introduce myself as an ardent listener of your show, Ekosii Sen since the days of the late KABA. I must say, the void KABA left, is yet to be fully filled but to be honest, you have risen so fast, much so that, I believe you’d soon erase the KABA nostalgia. Kudos!

There’s a worrying trend I have observed on your show which if you don’t address, could ruin your reputation and the enviable platform you’re a host of. This is the basis of my letter to you.

I have seen that sometimes, your friendship with certain persons disables you from holding them accountable for their utterances on your show. I’m not for once doubting your professional competence but then, the affective part of you appears to take precedence over your firmness as a neutral host at times. One person whose name leaps to mind on this issue, is Kennedy Agyapong. Let me explain.

It has become evidently clear, that, Kennedy Agyapong is your buddy. You’ve on several occasions eulogised him. Recently when you interviewed him about the arrest of the NDC ‘weed prophet’, he mentioned your breakfast visits to him while explaining his relationship with the ‘weed prophet’. Before I proceed to the substantive issue, that interview was the worst I had ever seen from you. First of all, is Kennedy Agyapong the controller of the security agencies? It appears he has of late, developed the appetite for using the security agencies to resolve his personal scores with people on very frivolous accounts while he himself walks free for many things he would be in jail for if Ghana were any serious country. You seem to be falling for Kennedy Agyapong’s crusade of self-hype and invincibility.

Recently when he accused the NPP youth organiser, Nana B of doing galamsey, your interview with Nana B was dig toward the bottom of your professionalism. Instead of holding Kennedy Agyapong to strict proof on his allegations against Nana B, you preferred to hail him, claiming – “Kennedy Agyapong doesn’t just talk without doing ‘investigation’.” I’m yet to see the investigative prowess of Kennedy Agyapong which you so much relish.

In the wake of Kennedy Agyapong’s purposeless anti-Anas campaign, two platforms he used to further what MFWA described as “hate and smear campaigns” aside his own Kencity media, were Asempa and Adom FM. It sounded so funny to me how on your platforms, he made very bombastic claims about Anas and yet, failed to adduce a scintilla of evidence to back his claims. His ‘hate and smear’ campaigns according to MFWA, eventually led to the death of Ahmed Suale, a partner of Anas Aremeyaw Anas, after he called for retribution against him and putting out his residential location. He further threatened to put out Ahmed’s car numbers. OB, you have not as of yet, manned up to condemn that extremely reckless and callous conduct of your friend, Kennedy Agyapong.

Honestly, OB, tell me if Kennedy Agyapong would be walking a free man in any civilised country. No arrest! Nothing happened! In a rather interesting twist to push back, he used your platform 24 hours after that heinous crime, to make counter albeit, preposterous allegations against Anas Aremeyaw Anas. He claimed Anas killed Ahmed and that, Ahmed was no longer working for Tiger Eye PI because of an in-fighting. Gosh. Subsequently, the family of Ahmed came out in a press conference, to debunk that claim. The Attorney General also confirmed that, Ahmed was the main witness in the prosecution against Nyantakyi. So where lies the so-called ‘investigative prowess’ of Kennedy Agyapong that you so much relish? Did you come back to state the facts after all that Kennedy Agyapong peddled on your platform turned out to be false? No! You kept mum about it. Yet another case of affection over profession.

Let me cut all the other issues and go straight to the main issue of this letter. It has to do with the recent case of Kweku Baako winning a defamation suit against your revered Kennedy Agyapong. I hope you have by now heard that, amongst the many accusations against Kweku Baako, he chose to go to court only after you offered your hallowed platform to Kennedy Agyapong, not only to desecrate the platform, but also, desecrate the name of the venerable Kweku Baako.

Kweku Baako as a staunch media friend and media freedom fighter, decided not sue your platform or if you like, your media organisation, but rather, went directly for the defamer, Kennedy Agyapong. That was so kind and thoughtful of Kweku. The outcome of the case is by now known to all. I am sure you have taken pain to read the judgement. If you haven’t, kindly do because it’s necessary to guide your future interaction with Kennedy Agyapong and after you do, you’d be left with no doubt, that, your revered ‘investigator’ Kennedy Agyapong, is as hollow as the trunk of a bamboo plant.

OB, what worries and sometimes irks me, is your deafening silence after the case was ruled on by the court. I expected you to offer an unqualified apology to Kweku Baako, retract the statements made on behalf of your platform and media organisation, and pledge to amend your ways going forward on how you allow elements like Kennedy Agyapong, who are on a self-hype and invincibility mission, defame others and call them unpalatable names. Don’t for a moment take Kweku’s kindness not to sue your platform, which you would have been busied by it because you’d have appeared in court as witness, as weakness. You must appreciate his kind gesture. Your appreciation should manifest in your apology to him unreservedly via your platform.

Be true to your conscience, put yourself in the shoes of Kweku Baako, and do the needful. For me, I had long known Kennedy Agyapong as an alarmist gossip hearer. If you were a bit scrutinous, you’d have seen through his agenda against Anas and Kweku. His infamous admission that, “the elders from government who first watched Anas’ exposé, #12, were those who came to my house in the night to plead with me to go and defend the party and do damage control”, was enough for you, OB, to have known his campaign against Anas, was ill-motivated. Ask yourself, when he said “so my wife and I went that night to defend the party”, what did he use to defend the party? What information was at his disposal aside the betrayal of trust by those “elders” whom Anas honoured by showing them the video first, when he went doing the defense that night?

My dear friend OB, there’s nothing wrong with having a friend and trusting him but when your friendship with a person prevents you from being fair and objective, that friendship metamorphoses into ‘bootlicking’. I don’t want to believe that’s what is happening with you and Kennedy Agyapong.

To conclude, there’s no doubt that, Kennedy Agyapong doesn’t do nor know anything about investigations as he and you would have us believe. He simply listens to gossips from betrayers of his targets and then come on radio to rant. There’s nothing concrete behind his rants. Take for example, his accusations against the two deputy chiefs of staff, what an investigator would do upon being given a lead, is to follow up to see firsthand, whether the information he has is true and possibly, gather ocular proofs before going to the market to highlight those claims. As for Kennedy, upon being told this is what’s happening, he quickly jumps, in his typical melodramatic nature, and starts accusing people. No real checks to authenticate the information because he’s so intoxicated by fame and attention!

Redeem yourself, OB, my namesake (Osei) and apologise publicly to Kweku. Never let this recur ever again.