Team-Lead of the “No Pad Tax” campaign, Lilipearl Baaba Otoo, has commented that in order to eradicate period poverty, it is prudent for the government to invest efforts into local manufacturing of sanitary pads.

She explained that the most effective means of increasing affordability and access to sanitary products for women is for the country to empower businesses in that respect. This, she believes will not only increase affordability but also create jobs for the economy.

According to the Gender Activist, the distribution of sanitary pads to schools has not proven to be sustainable, requiring a more robust approach to period poverty.

She said “there are two major things that we have identified as a better and more sustainable solution to end period poverty. These are for the government to scrap the 20% tax on sanitary products and the second is to enable local production. Enabling local production will go a long way to create jobs and fit into the Made-In-Ghana agenda for the country.”

“Sanitary pads are expensive to come by even by the average income earning Ghanaian women so you can imagine the revealing stories we’ve heard during our outreach to rural communities. Many of them are unable to afford pads and they sometimes resort to the use of alternatives such as rags, paper, and leaves”.

Lilipearl added that menstruation is a natural phenomenon, and it’s unfair to tag its sanitary products as luxury items. “Placing a tax on pads is akin to placing a tax on womanhood”, she said.

The “No Pad Tax” campaign is an initiative of Bridge For Equity Ghana, a gender advocacy NGO that exists to protect children through formal education, promote gender education, and provide skills development training for employment.

The campaign which started at the beginning of the year dominated media spaces and started a conversation for the government to scrap taxes on sanitary products and enable local production.

Adding to the progress of the campaign, Lilipearl noted that the NGO submitted a petition to the Minister for Gender, Children, and Social Protection, Madam Cynthia Mamle Morrison to demand from the government repeal of the said tax, and entreated that priority is given to the call-for-action. Lilipearl also revealed that the petition has so far been signed by over 15,000 people. 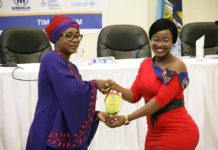 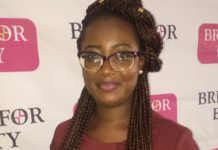