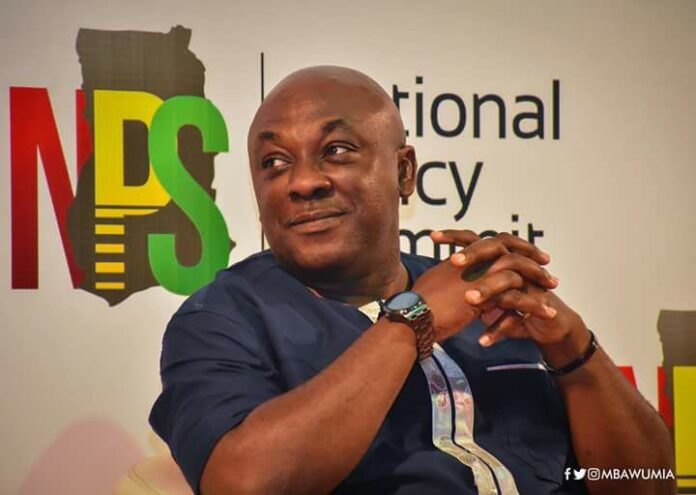 The deputy minister for Trade and Member of Parliament for Tema West Carlos Ahenkorah has resigned from his post.

His resignation comes after he flouted COVID-19 protocols and visited registration centres despite testing positive on June 23.

Starrfm.com.gh had earlier reported President Akufo-Addo had given the minister the option to resign or be sacked.

He was also admitted at the Korle Bu Teaching Hospital with Sir John and NPP Campaign Chairman Mac Manu. He was discharged after his condition improved and was asked to self-isolate.

Attached is a statement from the Presidency signed by Eugene Arhin, communications director at the Jubilee House. 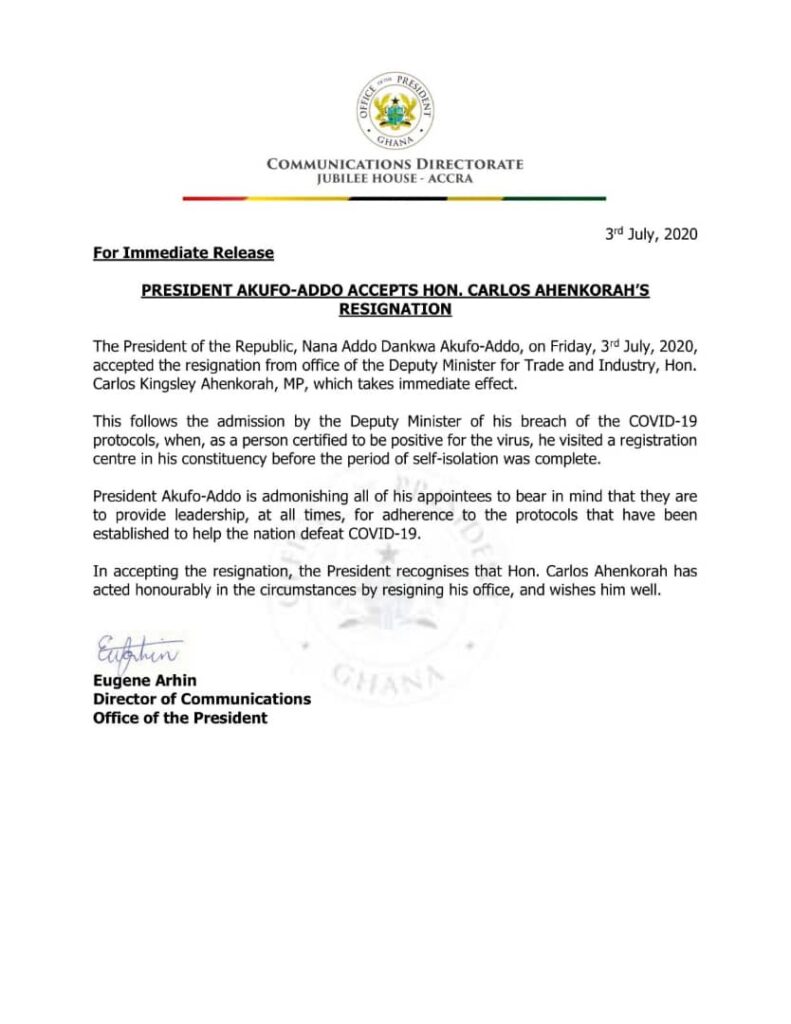