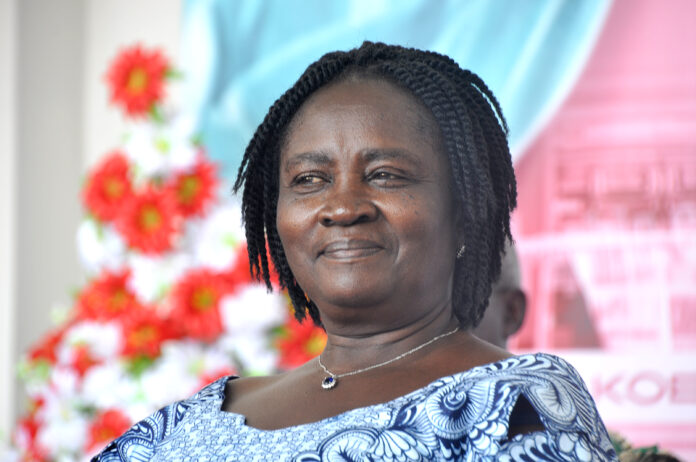 Ghana’s Communications Minister and Member of Parliament for the Ablekuma West Constituency, Ursula Owusu-Ekuful says though she welcomes the selection of Prof. Jane Naana Opoku Agyeman as the NDC’s Vice Presidential Candidate for the 2020 elections, gender advocates cannot vouch for her contribution to the cause of women empowerment in the country.

She said many women across the political divide have for years fought tirelessly for women and children’s rights in this country and Prof. Opoku Agyeman is not one of them.

“You can easily mention former First Lady of the Republic, Nana Konadu Agyeman Rawlings, and some others in the NDC as shinning examples of female politicians who have contributed immensely to the advancement of women empowerment and inclusion in Ghana.”

The former Vice President of the International Federation of Women Lawyers explained that Prof. Opoku-Agyeman’s record in public life would make it very difficult to rally the ‘female Constituency’ to support her bid.

She mentioned that the NDC’s Vice Presidential Candidate was one of the notable women who signed the infamous ‘Montie three’ petition for the release of three NDC communicators who had threatened to ‘rape’ the then Chief Justice, Mrs. Georgina Wood.

“That eposide is still fresh on the mind of every woman in this struggle. It was no mean a person than Ghana’s first female Chief Justice who had been attacked by the NDC and there was Prof. Jane Naana Opoku Agyeman rising in defense of her party youth who had been convicted for their barbaric actions,” Mrs. Ekuful said in an interview with OMAN FM.

The Ablekuma West legislator went on to plead with political actors to spare the NDC’ s Vice Presidential Candidate all the scathing attacks and abuses directed at female politicians in the Country.

“We should take her on for her record in public life and resist the temptation of calling her names and hurling invectives at her just because she is a ‘woman’.