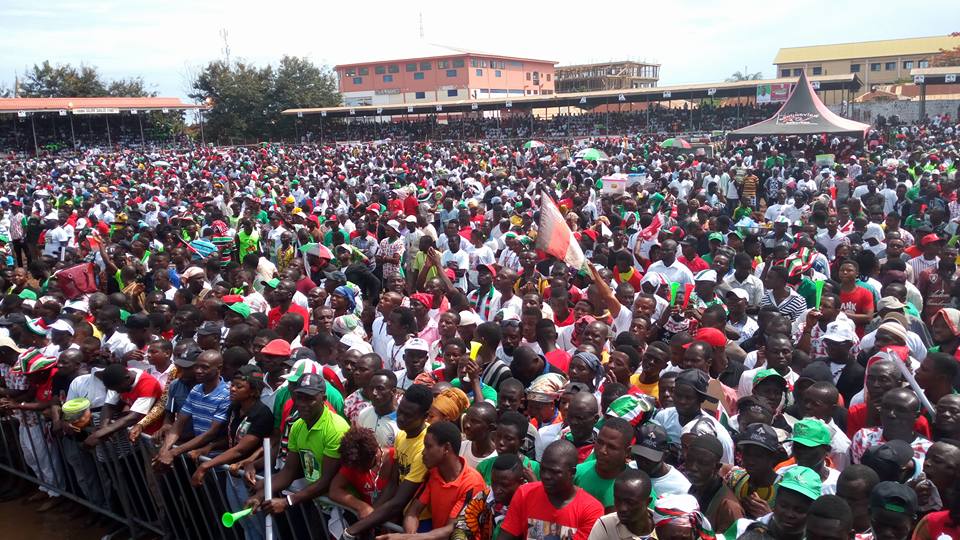 Have you ever been accused of something you know nothing about? False accusations can be painful, and can even destroy lives, but unfortunately, it has become a norm for some politicians in our part of the world.

The NPP’s 2016 electoral victory was hugely attributed to its campaign message on alleged corruption in the John Mahama government. We are in some danger of forgetting,  so let me remind you of what  Member of Parliament for the Ablekuma West Constituency, Hon. Ursula Owusu-Ekuful said when addressing party supporters at Dansoman during Nana Akufo-Addo’s tour of the Greater Accra Region on Tuesday, 4th October, 2016: “Ghanaians are tired of the festering corruption and hardship; and it’s time for us to change for development and prosperity.”

As fate will have it the NPP won the elections, and H.E. John Dramani Mahama In his conceding statement  gave a heart-rending , but an awe-inspiring speech which has turned out to be prophetic. Hear him: “It has been without a doubt, one of the most tremendous privileges of my life to serve this great nation as president and to work on behalf of all Ghanaians. I will leave it to history to be the judge of my time and contributions while in that highest office.”

Interestingly, history seems to be judging the former president: it was not long when members of the NPP started screaming corruption allegations against their own government. The likes of Hon. Ken Agyapong revealed that a bribe of 20,000 USD is collected before an appointment is booked for one to see the President. This is what I will call corruption on stilts!

Kwame A-Plus accused the two Deputy Chiefs of Staff of corruption with respect to some Korle Bu Teaching Hospital  contracts; even  the CID boss confirmed that there was merit in the allegation  in a leaked audio tape. Kwame Baffour, popularly known as Abronye DC  who is the First Vice Chairman of the NPP in the Brong Ahafo Region also accused the Brong Ahafo Minister, Kwaku Asomah-Cheremeh as the most corrupt person  in the  world.

And worse than that, Hon. Kennedy Adjapong and A-Plus separately accused Hon. Ursla Owusu-Ekuful, the same person who accused Mahama’s government of corruption, as very corrupt. Hon. Agyapong, the chairman of the Parliamentary Select Committee on Communications, definitely knows what he was talking about, I believe. This was supported by an exposure by Franklin Cudjoe, boss of IMANI Africa, on Kelvin-GvG contract fraud.  I feel like baring my teeth and sinking them into flesh, and draw blood. I am ready.

These were crowned with a statement by Kwasi Nyantakyi, the immediate past GFA president in a recent Anas video implicating the President, the Vice President, Deputy Minister for Roads, a Deputy Chief of Staff and Hon. Ken Adjapong in a corrupt deal.

Jjust to mention only a few, and not even talking about Frederick Worsemao Armah Blay’s 275 bus saga which attracted a scathing criticism  from Dr. John Hayward of the United Kingdom’s Conservative Party, calling on the NPP to rather invest in reaching out to the people of Ghana and addressing their concerns instead of splashing money on lavish political campaigns. This is totally and completely heart-stopping, isn’t it?

This perception of corruption on “high heels”  in Nana Akufo-Addo’s government has been concurred by  a JOY FM online survey results of which  90% of Ghanaians  believe Nana Addo and his government are very corrupt. The  Transparency International’s Corruption Perception Index (CPI) of 2017  also confirms that corruption under NPP is very  high. This looks powerfully bad! Don’t you think so?

It is on record that all governments in all Republics of Ghana were removed based on corruption perceptions, and constructing the chains of reasoning, Nana Addo and the NPP have almost certainly lost the 2020 elections. Nana’s ambition for a second term would  come to a screeching halt because his  government is not only stained with corruption, but bowed down with shame, and burdened with lies.

Ghana is tottering, and Ghanaians are plainly disgruntled because of rising cost of living, endemic corruption, political skulduggery and reckless repression. The  NPP government is behaving with astonishing irresponsibility – they  have sacrificed themselves to the gods of  incompetence;  it is uncomfortably close to the truth  that three-quarters of people living in mining areas will vote against them in 2020; and the interesting thing is that most of these areas are their  strongholds.

Generally, Ghanaians are worried about the state of affairs in the country, and anyone who says he is not worried is lying;  the NPP has become  pathetically unpopular, but it is becoming absolutely  clear that the ruling party wants to cringe to party at all costs, and some people suspect  the removal of the Electoral Commission boss and her two deputies; and the introduction of the Ghana Card are part of their apish tricks to hold on to  power.

However, nothing  can stop an angry electorate, not even repression. There is an interesting story about Ukraine’s election in 2004 which Nic Cheeseman, a professor of Democracy  and International Development  at the University of Birmingham, and Brian Klass, a Fellow in Comparative Politics at the London School of Economics captures beautifully in their book, “How to Rig an Election”.

Read on: In Ukraine’s 2004 presidential election, droves of voters turned out in opposition strongholds, hoping to oust the incumbent, Viktor Yanukovych. Upon arrival at their assigned polling stations, they received their crisp ballot papers and pens to mark them with. They dutifully ticked the box for the opposition — and against the ruling regime. Then, they slipped their cleanly marked ballot papers into the ballot box to be counted. Having done their democratic duty, they left.

Four minutes later, their ballots were blank. Although the opposition voters didn’t know it, they had been given pens that were filled with disappearing ink. The ballot boxes were filled with stacks of unmarked ballots. Despite such dirty tricks, Yanukovych eventually lost. Election observers noticed the disappearing ink trick — and many others — leading to the election being rerun.

Having  read between the lines long enough, there  are reasonable and probable grounds to point out that the anger of the electorate in Ghana will be of nuclear proportions in 2020, and nothing will stop the Elephant from going back into the bush, even if they decide to make their Women Organizer the EC boss. The time has come to let the NPP  know that there is a red line beyond which they must not cross, and that consequences will flow if they do.

I love reggae music, and one of my favourite reggae tunes is “Wash the Tears” by Gramps Morgan. The portion of the lyrics that excites me is: In this time of destruction we must hold on firm; we  got to get along  over hurdles and all of the mountain tops, forward  on we all are marching on. We keep on fighting and fighting against the wicked in high and low places; no matter what they do, no matter what they try, we know we must win the fight even if the wicked try to eat our flesh, we shall be alright cause Jah shall wash all the tears from our eyes. In times when the storms and the tides are raging high, we know we shall win; we know we’ll survive.

This is a heart-warming tune for the NDC, and I wish to propose it should be adopted as one of the campaign songs for the  2020 campaign – I’m very optimistic the youth will embrace it.

Given the constant diet of crippling criticisms by Ghanaians against the Akufo-Addo  government, failure is most definitely an option for the NPP in 2020 despite these skemishes:  and  I am in agreement with Gramps Morgan that no matter what the NPP does, the NDC shall win; they will survive election 2020 because Jah will wipe away their tears. 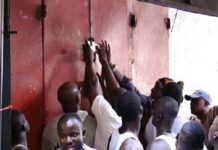 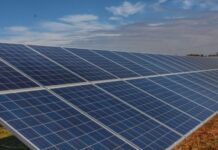