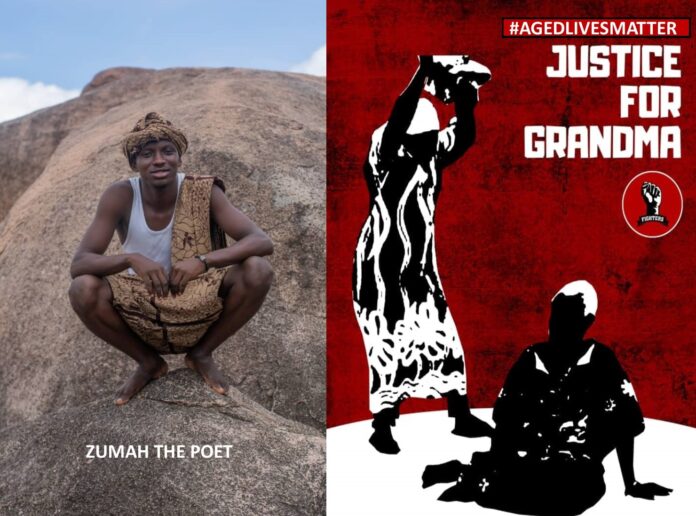 It is just so unfortunate,

she was not the first victim

Neither would she be the last; if to say.

We have become too canny

Man has become his own God,

Killing people of his own human class.

With no mercy, but compassion in this barbaric act.

Becoming ratters to our own plea; “the black aged lives matter”

Or was Grandma not black??

Man has become his own Judge,

Knowing the Witch from which!

Old age then, was somehow riches

But now we call them witches.

Hence must be mob-lynched against her own wishes.

Hearing people cheer up this inhumane nonsense in a religious manner.

Where is the show of love to one another the Holy books talk about??

Or it was just a banner??

Why didn’t you help the needy??

Grandma was in need, yes! She needed her life.

But now she has lost it.

All because man now decides who lives and who dies.

The ones who killed the said witch,

the crowd that watched the death of the said witch

Or the dead said witch!

But our fight if can’t win,

Peace be unto the aged who have suffered same injustice .

I stand for Justice for Grandma and not just kill.

I’m the Drum that speaks for the African Heritage

Zumah the Poet on all social media platforms.

(The author is a student at the University for Development Studies (UDS), Royal Hall, Wa Campus.)