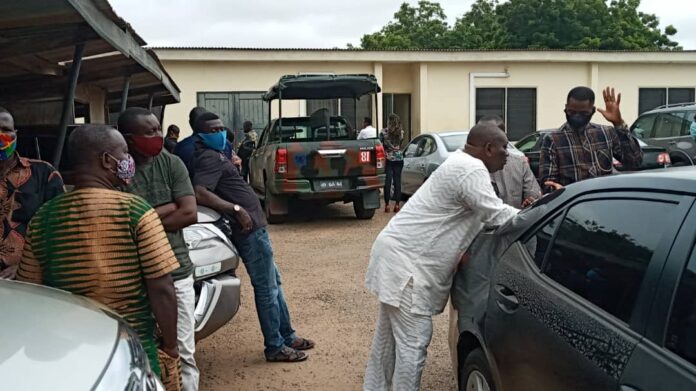 Some residents of Nungua have sued military personnel from the Southern Command at the Hugh Court in Tema accusing them of incessant intimidation in an attempt to evict them from their places of residence.

The application exparte titled the Republic vs. Brigadier General Abraham Yeboah Nsiah was filed by Edmund Quaye, Emmanuel Odai, Elvis Okley Atiape and Seth Omar on behalf of the youth at Nungua who are complaining of intimidation and harassment.

The court presided over by Justice Emmanuel Ankamah while adjourning to hear the case on October 14, 2020 after the legal vacation, ordered the military patrol team under the ‘Operation Calm Life’ not to be interfering with the work of persons in the area, an issue which is the subject matter before the court.

“Application is adjourned to October 14, 2020 for hearing. The soldiers may continue with their patrolling without interfering with activities of the persons who were permitted by an order of the court to remain on the land in dispute,” Justice Ankamah ruled.

This was after Col. Charles Gbekle; Counsel for the respondent, had informed the court that the soldiers were only patrolling the area and that they were not interfering with the persons working there.

Counsel for the applicants, Lawyer Agyemang and Audrey Tamakloe, after the court sitting, urged their clients to keenly observe the posture of the military team until the next court date.

Some residents of Nungua have accused military personnel from Southern Command of attacking them in an attempt to evict them from their homes.

According to the aggrieved youth, the land in question is part of a parcel of land government took from the traditional authorities of Nungua for an animal husbandry project but was never used.

Youth Chairman, Mr Frederick Okley Ashong, said the Nungua traditional authorities, in an attempt to reclaim their land, took the matter to court and an injunction had been placed on the land yet military personnel continued to defy the court order to attack them. 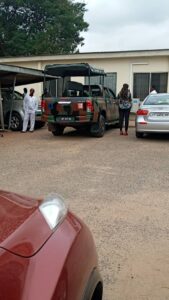 They are therefore calling on President Nana Addo Dankwa Akufo-Addo to look into the matter and ensure that lands taken over from the chiefs and people of Nungua and earmarked for projects which never materialized were returned to them.

He noted that the number of the people, as custodians of Nungua lands, was fast increasing, hence they needed a place to settle with their families but instead of the government handing over their lands to them, the lands had been sold to some estate developers who use the military to terrorize the people.