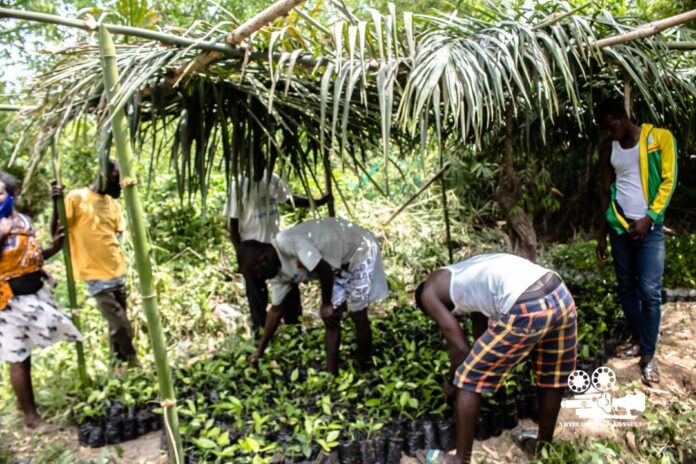 The significance of this project is towards strengthening the existing Community Resource Management Area (CREMA) structures to implement some of the management actions which include reforestation and general buffer zone management.

As a result of this that, the CREMA members have started planting trees in critical ecological sites which have been identified and mapped out through a spatial assessment of existing satellite images and drone images.

Mr Justice Camillus Mensah, the Project Coordinator explained that the exercise is aimed at restoring the ecological integrity of the forest landscape by re-establishing the connection which existed between the forest reserve and the adjoining coastal wetlands. 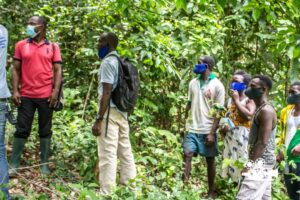 He explained further that, in their attempt to restore the ecological integrity of the reserve, his outfit (Hen Mpoano) has raised 5,776 seedlings of native tree species to plant them in critical ecological sites and existing farms within the forest buffer zone.

According to him, the seedlings were mobilized from two different sources with support from the CREMA members and Hen Mpoano with over 800 seedlings coming from their nursery site. 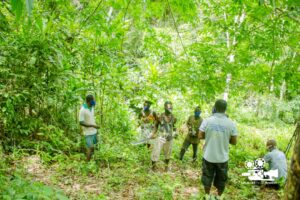 For his part, Adjei Sampson Acheampong, the Developing Planning Officer of Ahanta Municipal Assembly, said the most recent management plan which started from 2007 to 2011 for the CTPFR, supports a permanently protected forest management regime.

This he said was because of the high Genetic Heat Index (GHI) of the reserve and the uniqueness of its biological resources.

Unfortunately for him, he said this management plan fails to acknowledge the ecological services provided by Adjacent Mangrove Forests and Coastal Wetlands, especially as refuge for migrating Fauna from the forest reserve. 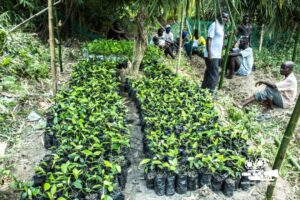 He said if nothing is done immediately, the CTPFR and its adjoining Coastal Wetland and Mangrove Forests will experience further degradation resulting from mounting pressures of land use change to transform forested landscapes to areas for other land uses.

He took turn to explain how his office has joined in the fight to restore the integrity of the forest.

According to the project coordinator, activities such as illegal logging and poaching have increased and the ecological integrity of the forest reserve and its adjoining aquatic forests are permanently altered.

He said this could worsen poverty in forest-dependent communities and reinforce natural resource degradation, adding that the coastal mangrove forest in peripheral areas could also be lost with its attendant functions as refuge for fauna migrating from the forest reserve.

The Assistant Manager at Ghana Forestry Commission Nana Afia Hodibert said the practice has been a worrisome phenomenon because on few occasion people manage to go into the forest and indulge in some sort of illegalities.

But was quick to add that, in most cases with their monitoring team and tax force on the ground, manages to effect arrest of culprits who are later made to face the law. She added that those found culpable are made to pay for their actions.

Under the auspices of Birdlife International, Hen Mpoano is working with CREMA communities and other stakeholders to protect the integrity of the Cape Three Points Forest Reserve under the Critical Ecosystem Partnership Fund (CEPF) Guinean Forests of West Africa Biodiversity Hotspot Small Grants Mechanism.

The two years project is titled ‘Enhancing Participatory Planning and Management of Cape Three Points Key Biodiversity Area’ with the goal to strengthen existing CREMA structures to work together with other stakeholders such as Goshen Global Vision (GGV), Forestry Commission, Municipal Assembly amongst others for effective management of the Cape Three Points Forest Reserve and adjoining coastal wetlands and mangrove ecosystems. 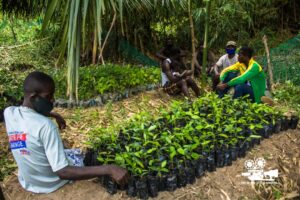 Hen Mpoano hopes that Cape Three Points CREMA is empowered and CREMA communities work together to safeguard wildlife and halt further degradation of the CTPFR and adjacent coastal wetlands and mangrove forests.

Ecological goods and services from the CTPFR and adjacent coastal wetlands as well as mangrove forests are enhanced and provide long term societal benefits.