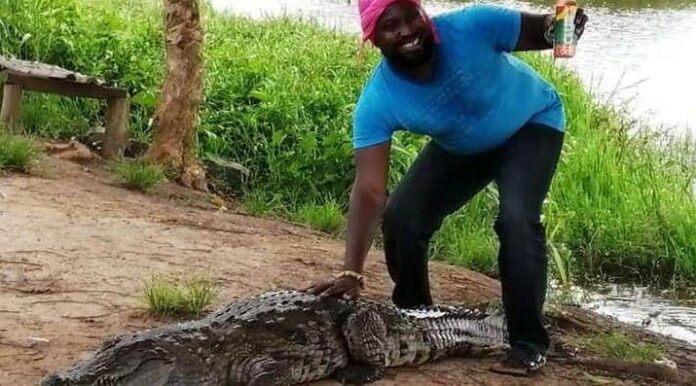 The mention of friendly crocodiles in Ghana has been synonymous with Paga in the Upper East Region for so many decades now. The story of the friendly crocodiles have not only become known in our textbooks at the primary level but also a major tourist attraction that generates revenue and generates employment.

Currently, there are about a dozen of such ponds in Paga with friendly crocodiles as old as 99 years.

Most tourists who visit the area do not go without taking pictures of these friendly crocodiles which have coexisted with residence for so many years.

But another friendly crocodile pond which is gradually becoming popular in Ghana is the Ave Dakpa Crocodile pond in the Volta Region.

Report suggests the pond was dug in order to solve the water needs of residents of the area but gradually turned into a crocodile pond. 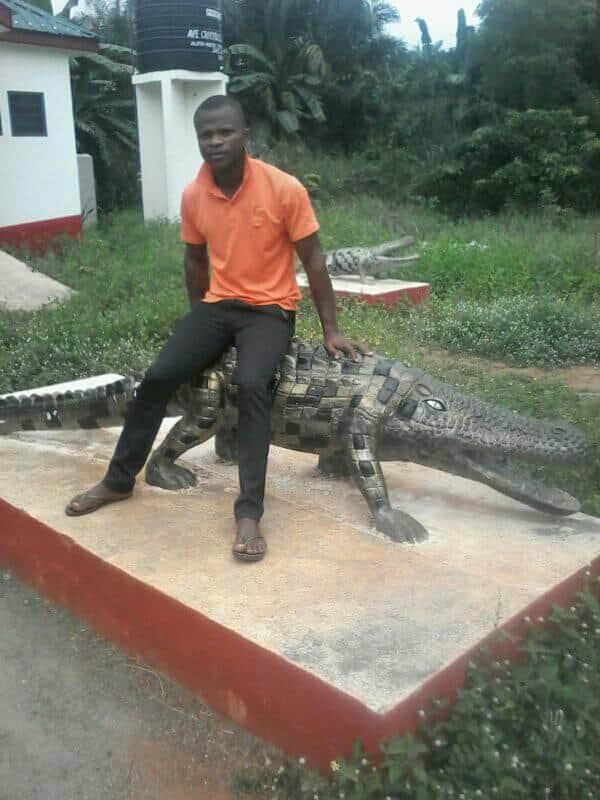 However the representative for Tourism and Culture in the area Patrick Etsey Dunyo says the pond has been in existence for so many years but was used by the traditional people as a shrine.

He said the place was handed over to them after discussions with the owners of the shrine to transform the place into a resort.

Since then authorities have taken charge of the development of the site and have provided a revenue booth, washroom and other facilities at the resort to enhance the level of service in order to boost tourism in the District.

There are also attempts by the district assembly to develop a children park, resort and crafts centre around the attraction after the  District participated in the Volta Regional Event of ‘National Festival of Arts and Culture’ (NAFAC) and showcased its efforts at developing domestic tourism through the Crocodile Pond.

The emergence of the crocodile pond in the area experts believe if well harnessed could add to the numerous tourist avenues in the Volta Region which is noted for waterfalls, monkey sanctuaries, and other beautiful mountains like Afadjato and Amedzofe. 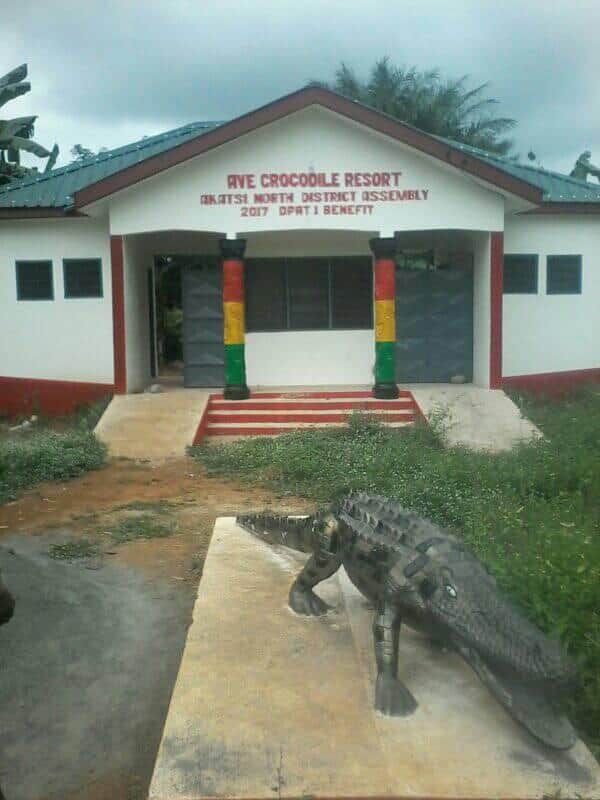 The resort (Ave Dakpa Crocodile Pond was in 2018 recognized at National Festival of Arts and Culture in Ho the regional capital for gradually becoming more attractive to both local and foreign tourists especially.

Through the presentation, the Executive Director of National Commission on Culture and his team visited the facility during the reporting period.

Currently the area does not have any major guest house or hotels that can facilitate the accommodation needs of tourists who visit the area. In addition the roads to the Ave Dakpa Crocodile pond are also not in good shape making it some times difficult for motorists.

Another challenge recently facing the resort is the drop in revenue generation as resort of the restrictions imposed by government as result of the impact of the Coronavirus pandemic. Although President Akufo Addo on Sunday July 26 announced second phase of easing the restrictions no mention was made about tourist sites. For now it will take commitment and investment to transform the Ave Dakpa Crocodile pond into a preferred tourist destination on the map of Ghana considering its proximity to the capital Accra.