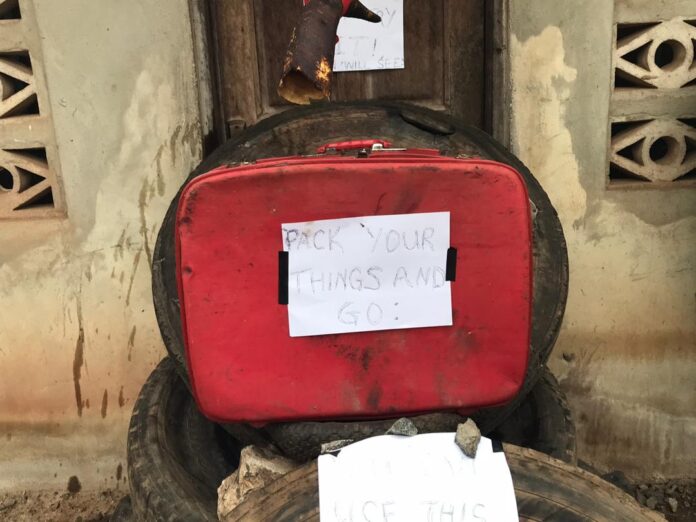 Empire News’ Emmanuel Ohene-Gyan who visited the yard noticed that car tyres have been used to block the entrance of the premises to Mr Duneebon.

Apart from the blockade, red flags have been hoisted in and out of the yard signifying their displeasure and anger.

Some of the notices posted at the door to the embattled Director’s office reads ”you’re no more the director. Don’t try it, you will see, Pack your things and go, You can use this bag”.