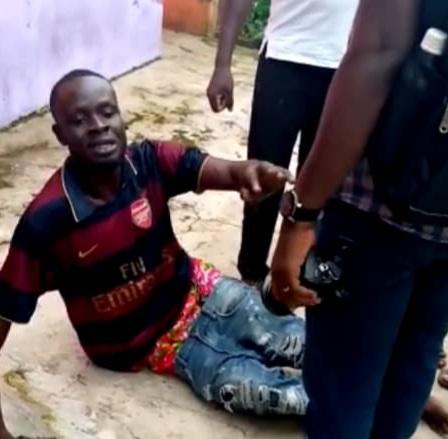 At least one person is injured at Akyem Manso in the Asene Akroso Manso Constituency of the Eastern Region following a brawl between supporters of the opposition NDC and a  group of people they describe as non-residents bused to register in the Constituency.

About hundred youth from neighbouring Ofoase Ayirebi Constituency were allegedly bused to the Constituency by the incumbent Member of Parliament for Asene Akroso Manso George Kwame Aboagye to register for a reward of Ghc100.

However, Executives of the opposition NDC in the Constituency say they got wind of it and laid surveillance. Upon the arrival of the group, the NDC said it sounded the alarm to its agents and executives who resisted them from registering creating confusion in some registration centres. 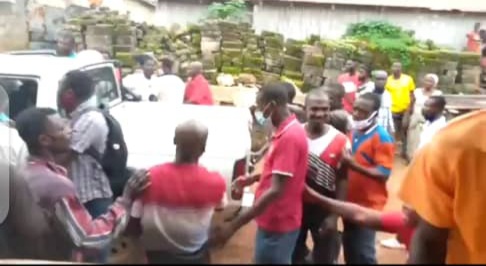 “We had intelligence that the MP was busing some people from Akyemansa in Ofoase Ayirebi so registration numbers of the three vehicles were sent to us so we laid surveillance.So the vehicles arrived at the NPP first Vice-Chairman’s house so we became charged and dispatched our Constituency executives to that registration centres -RC polling station, Beposo Polling station, and CMB Polling station, and Presby Polling station. Our officers noticed strangers were coming one after the order to sit in the queue to register so they approached them unfortunately for us at Presby, one person had already registered”.

They were about 100 so we alerted the Police. The Commander himself went to meet the MP later Kojo Oppong Nkrumah too came,” Edward Ansah, the Asene Akroso Manso Constituency Chairman of NDC told the media.

The youth were eventually chased out from the Constituency.

The MP for the area is yet to respond to the allegations levelled against him.