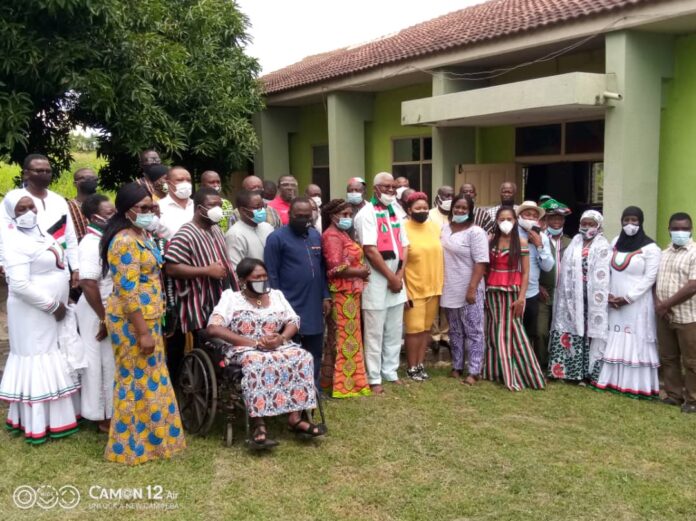 The opposition National Democratic Congress (NDC) in the Volta region has inaugurated a 31-member campaign team to steer and coordinate campaign activities towards securing victory in the December 7, polls.

The Committee which is chaired by the Volta regional chairman of the party, Mr. Henry Ametepe was launched at the Woezor Hotel in Ho on Friday, 7 August, 2020 by the Deputy General Secretary, Mr. Peter Boamah Otokunor.

Delivering the inaugural speech on behalf of the party’s flagbearer, Mr. Peter Boamah Otokunor noted that the NDC’s 2020 campaign would be hinged on three strong pillars that include the party’s legacy; with focus on the achievements of the previous John Mahama led administration, inclusiveness and the party’s tradition of commitment to the tenets of social democracy, while adding that the NDC is on a rescue mission to save the country from the claws of a destructive Nana Addo led administration.

“It is a rescue mission to halt the corruption and collapse of our democratic institutions, and to restore hope and confidence in the future,” he added.

The Regional Chairman, Mr. Henry Ametepe while addressing the gathering called on the leadership of the party to ensure effective disbursement of the party’s resources for the campaign activities.

Mr. Ametepe, popularly called Brigadier, blamed the party’s 2016 defeat on lack of inclusiveness and proper coordination of campaign activities and resources, while stressing that his administration would not allow any of such.

He said, “One of the things I want to leave for the national leadership is that, we lost the election in 2016 because of lack of inclusiveness; constituency executives will come to meetings only to be told that this item has been given to the PC. It should never happen in my administration.”

Mr. Ametepe also called on the party’s supporters to join the campaign in whichever possible in ensuring massive turn out and victory at the December polls.