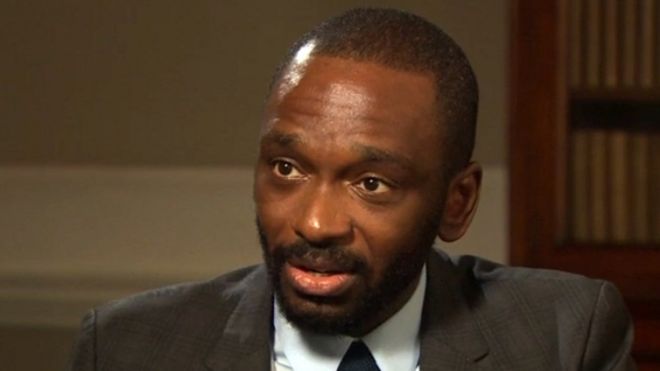 The son of Angola’s former president has been jailed for five years for fraud from when he was head of the oil-rich country’s Sovereign Wealth Fund.

He was charged with stealing $500m from the fund and transferring it to a bank account in Switzerland.

José Eduardo dos Santos was president from 1979 until he resigned in 2017, to be replaced by the man he had handpicked for the job, his former defence minister Joao Lourenço.

José Filomeno dos Santos, also known as Zenu, spent seven months in jail over the corruption allegations before being freed in March.

He was the first member of the former presidential family to be prosecuted as part of an anti-corruption campaign led by President Lourenço.

It was widely seen as a test of Angola’s commitment to fighting corruption.

Sentencing Dos Santos at the country’s Supreme Court, Justice Joao da Cruz Pitra said: “For the crime of fraud… and for the crime of peddling influence… the legal cumulus condemns him to a single sentence of five years in prison.”

Three co-defendants were also accused of fraud, embezzlement and influence peddling – including the former governor of the national bank of Angola (BNA) Valter Filipe da Silva.

They were each sentenced to between four and six years in prison.

All four defendants were acquitted of money laundering charges. They previously denied any wrongdoing.

President Lourenço fired another of his predecessor’s children, Isabel dos Santos, believed to be Africa’s richest woman, from her position as head of the state oil giant Sonango in November 2017 over alleged embezzlement.

Ms Dos Santos denies any wrongdoing. She now lives abroad after saying that her life had been threatened.

The former president is also believed to have left the country.