His opinion comes after some students attacked invigilators and caused chaos in the ongoing WASSCE in parts of the country.

The GES after the incident, dismissed the riotous students, a decision Prof Aning feels was too harsh.

Speaking on the Analyses on Starr FM, the security expected the students who caused the violence deserve psychological support and guidance not punishment.

“You see, GES does not have the spine to discipline children anymore. I think the hands of most headmasters or all headmasters are tied in terms of the kind of discipline that they can mete out to their students as and when they see crisis beginning to emerge. The end result is that some parents have actually behaved in some of our second cycle institutions in a threatening manner to quite a number of headmasters and senior housemasters, assistant headmasters that makes disciplining the students quite difficult.”

He noted “What disturbs me about these kids, isolated as they are. Were they to be children of people who are heavyweights in our society, would our institutions have been bold enough to take the decisions that they have taken now or intend to take?

“Because you see in the last eight weeks, situations have happened that one would have expected the appropriate institutions to step in. The institutions have not acted, the groups that these individuals whose behaviour have been criticized have themselves not acted, to the extent that threatening behaviour and threatening actions against communities and state statutory institutions have been brushed under the carpet. When states and institutions behave that way, the signal is very clear that it is legitimate and acceptable to behave in particular ways that society, in general, frowns upon.”

Suggesting milder measure to be taken against the students, he said “my suggestion would be a psychological approach that seeks to grow these children and to counsel them. Because there are more than enough examples of people who were indisciplined and gone wayward and never came back into the mainstream, but because of the demography that we are in, what has happened has wide support and sympathy among young people.”

“You don’t want a situation where instead of harnessing the potential that they have, giving them whatever support, guidance and retraining to come back into the mainstream, we rather push them to the fringes where they are easy targets for those who may seek to capitalize on their anger and their sense of exclusion,” he stressed.

“But if we don’t intervene properly, this will be the beginning of quite a difficult period for us as a country,” he added. 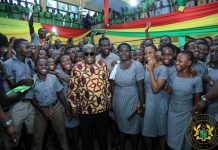 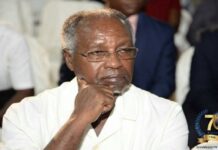 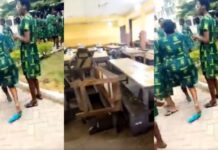