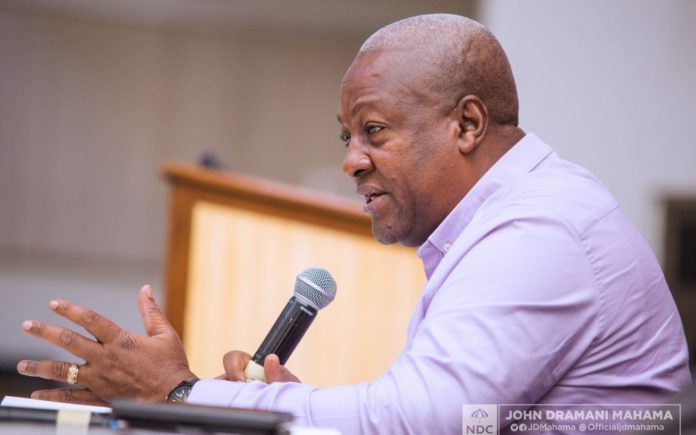 The presidential candidate of the National Democratic Congress (NDC) John Mahama has asked President Akufo-Addo to show what he has done with the GHC140 billion that his government has borrowed since assuming office.

Mr Mahama says despite the Akufo-Addo regime taking more than twice the amount of loans the Mahama administration took, the president has not embarked on any major development project to justify the loans.

Addressing the chiefs and people of Sampa in the Jaman North constituency as part of his tour of the Bono Region, the NDC presidential candidate wondered what the government had been using the borrowed money for, especially as many communities are lamenting the absence of development projects.

Mr Mahama said the government’s GHC140 billion loans constitute a significant addition to the national debt stock, yet the president and his officials cannot point to development projects.

“When I was in government, we borrowed 54 billion Cedis and Ghanaians could visibly see what we used the money for, in the area of roads, water, electricity, airport, harbour, and schools, among others”, he explained.

Mr Mahama said the then opposition New Patriotic Party (NPP) accused the NDC government of borrowing too much, thereby promising to develop Ghana without taking loans.

“But after staying in office for four years, do you know the money they have borrowed?”, he quizzed.