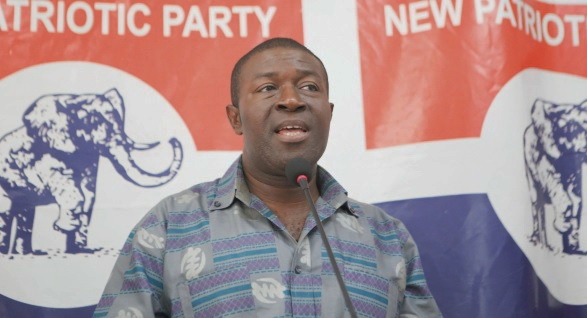 The ruling New Patriotic Party has called on Ghanaians to assess former President John Mahama on his track record and not his promises as the December polls beckons.

According to Chief Executive Officer of the State Transport Corporation (STC) Nana Akomea, the former President does not have the record to back the promises the opposition NDC has made in its manifesto.

“So today he is out of government and he is making promises. Do we take him seriously? He himself has instructed us (Ghanaians) not to take such people seriously because they don’t know the reality. What do we do? The track record is what we must look at, not your words.

The former NPP communications Director also warned Ghanaians against allowing themselves to be persuaded by the manifesto promises of the opposition party.

In a press statement signed by the Deputy Minister for Information, Pius Enam Hadzide, the event will be held at the Ghana Academy of Arts and Sciences at 5:00pm prompt under the theme, “Leadership that delivers for the youth” and shall involve the National Youth Authority (NYA), Youth Employment Agency (YEA), Nation Builders Corps (NABCO), National Board for Small Scale Industries (NBSSI), National Service Scheme (NSS) and the National Entrepreneurship and Innovation Plan (NEIP).

The event offers the participating agencies the platform to report to Ghanaians on the several pro youth interventions outlined and delivered by government including the CAPBUSS under the NBSSI, Job Centres of the YEA, the Presidential Pitch and Green House Project of the NEIP, digitisation of processes at the NSS, Progression into permanent jobs under NABCO and Digital Marketing and Capacity Building under the NYA.

The Nation Building Updates shall be aired live on all major Television, Radio and New Media outlets in Ghana. Subsequent updates on other initiatives will follow in the coming weeks. 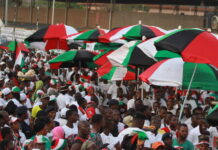 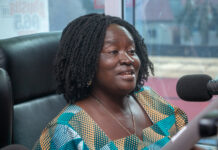 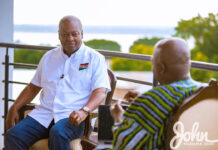 I’ll warn my appointees against messing with Amidu – Mahama