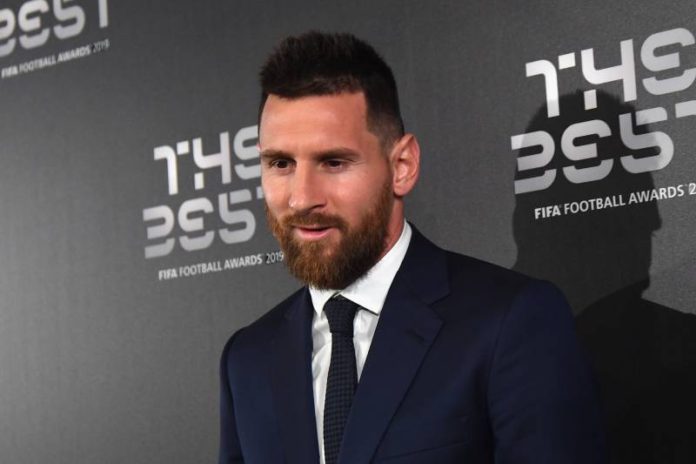 Barcelona’s all-time leading goalscorer Lionel Messi says he is staying because it is “impossible” for any team to pay his release clause and he does not want to face “the club I love” in court.

The Argentine, 33, sent a fax to Barca last Tuesday saying he wanted to exercise a clause in his contract which he said allowed him to leave for free.

“I thought and was sure that I was free to leave,” Messi told Goal.

“The president always said that at the end of the season I could decide if I stayed or not.

Messi, whose contract expires next summer, says the fact he did not tell Barca he wanted to leave before 10 June was crucial, and had he done so his release clause would not have had to be met.

“Now they cling to the fact that I did not say it before 10 June, when it turns out that on 10 June we were competing for La Liga in the middle of this awful coronavirus and this disease altered all the season,” he added.

“There was another way and it was to go to trial. I would never go to court against Barca because it is the club that I love, which gave me everything since I arrived.

“It is the club of my life, I have made my life here.”

Messi’s father Jorge had held talks in Barcelona this week and insisted his son could leave for free, only for La Liga to back Barca’s stance over the release clause.

Manchester City were among the clubs linked with Messi when he made clear he wanted to end his 20-year stay at the Nou Camp, nine days after an 8-2 defeat by Bayern Munich in the Champions League quarter-finals.

That result meant Barca ended the season with no silverware, and they replaced manager Quique Setien with former Everton and Netherlands manager Ronald Koeman.

Messi is yet to train with his team-mates since Koeman’s arrival and admits the club’s lack of recent success influenced his decision to ask to leave.

“I looked further afield and I want to compete at the highest level, win titles, compete in the Champions League,” he said.

“When I communicated my wish to leave to my wife and children, it was a brutal drama.

“The whole family began crying, my children did not want to leave Barcelona, nor did they want to change schools.

“I love Barcelona and I’m not going to find a better place than here anywhere. Still, I have the right to decide.

“I was going to look for new goals and new challenges. And tomorrow I could go back, because here in Barcelona I have everything.”

From going to staying – a Messi timeline