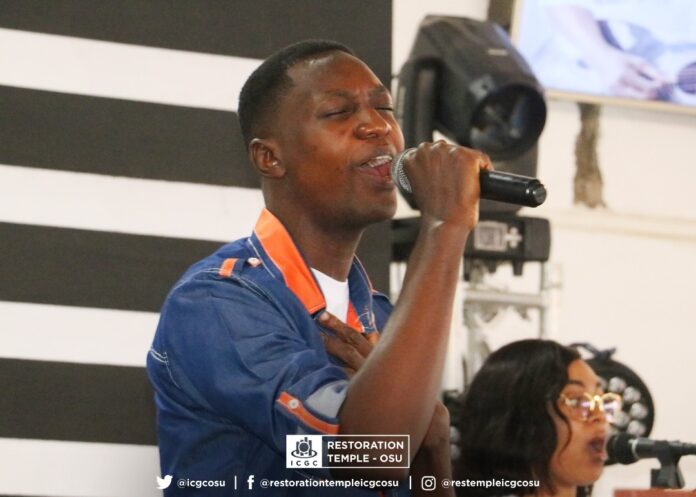 After learning the ropes in the gospel music industry and backing some of the greats, Lordable Holm is out with a new gospel single ‘My Light’.

Just like biblical Joseph whose prison to prime minister story was on the account of a dream, Lordable’s transition from the backroom of Ghana’s gospel industry to the frontline was also on account of a dream.

‘My Light’ was born out of the darkness of a dream which threatened fear but that fear succumbed to the power of God’s glory.

“Sometime last year I had a dream. I was in a dark place with names written all over. And I felt certain heaviness and I was sinking but I heard a voice which became the foundation scripture of the song Psalm 27 which says the Lord is my Light and my salvation….” Lordable Holm said in an interview shortly after the launch of the song.

But the dream was not all. It took a gospel music promo competition on radio organized by Koda for the Restoration TEMPLES (ICGC) Worship Leader, Instrumentalist and Assistant Choir Director, to emerge from obscurity into the limelight.

And it was only the last day of the competition that he sent his entry.

A great guitarist, finer on the piano with a soothing voice of worship, Lordable Holm had everything a great musician would ask for at a young age. But he was shy. He needed an Aaron to overcome his shyness and that Aaron came in the form of the many giant voices of praise and worship including Steve Crown, Celestine Donkor, Ike Nanor, Rev Eric Kwarpong, Freda Music etc all of whom he worked under and assisted at some point.

Even though My Light is a call for total surrender to God to lead and to direct, it is also a transition of Lordable Holm’s journey into the limelight. On Sunday he sung to loud applause and cheers to the ICGC Restoration Temple congregation he had served for years on and off the stage.

He was calm, spiritual and carried the congregation along into God’s tabernacle.

An astute banker, Lordable says his music career is a “calling” not necessarily a business. He invested time, money and resources into My Light but he hoped the journey into the limelight could have been a lot smoother.

“I believe in this dream. The best person to invest in me is myself. So I took it upon myself, invested the savings I had to start. I pray to God [that it will go] well because you can’t go into something you are not sure of but because of the conviction I had that is why I pursued this,” he stated.

Even though he is unsure of what the future holds, Lordable Holm said with God directing affairs, everything will come good.

He is relishing an even greater career in gospel music and is looking up to some of the biggest worship icons like Joe Mettle, the late Danny Nettey, Nii Okai, Koda and many others.