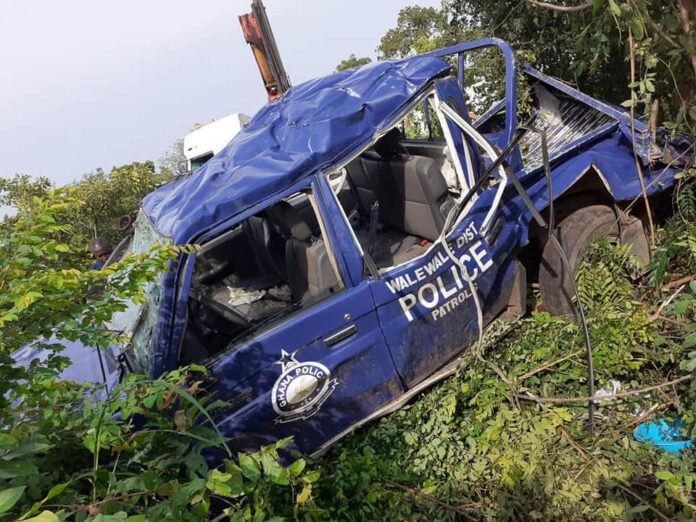 Two Police officers have died in two separate fatal accidents in Akyem Oda in the Eastern Region and Walewale in the North East Region.

Thirty-year-old Lcp Joseph Yankey of the Oda District Police Command died after he crashed a motorbike into a stationery Tipper Truck at the roadside.

The other Police officer Ernest Oteng died when a Police vehicle he was driving crashed at the roadside.

Both bodies have been deposited at the morgue.

He said investigation is ongoing.