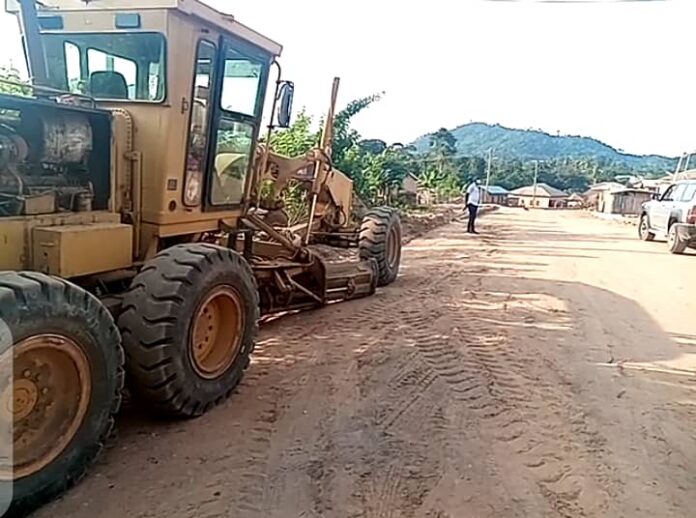 The District Chief Executive for North Dayi, Mr. Edmond Kudjo Atta, has lauded government’s ‘Year of Roads’ initiative, noting that his district is benefiting enormously from the program.

According to the DCE who is also the NPP Parliamentary Candidate for the area, ongoing road projects in his district, would open up the district to significant economic growth.

The DCE was speaking to the media when he inspected the progress of work on a 13-kilometer Tsrukpe, Botoku-Tsorxor road over the weekend.

He said, “These people have really endured deplorable roads for years and should be happy now that the listening President has made it possible for them to have good roads after several years of endurance.”

He noted also that, some other road projects including the Wusuta road would be done under the initiative to enhance accessibility throughout the district.

The 13-Kilometer Government of Ghana project which is being undertaken by JAHNICORF Ltd, is intended to improve the road network between the three fishing communities of Tsrukpe, Botoku and Tsorxor to market centers in Vakpo, Kpando and the district capital of Anfoe.

Started May 2020, major parts of the road have been expanded, while new drainages and gutters have been constructed.

Mr. Kudjo Atta commended the construction firm for their commitment and dedication to ensuring that the project is completed on schedule.

Some residents who spoke to the media expressed satisfaction on the level of work done while pleading with government to ensure the completion of it.

A resident, Vivian Akpa, said: “For so many years now, if I may not lie, and it’s more than a decade, our road issues have been a problem to us. It takes us miles from our villages to get a vehicle to other places but with the intervention of this (NPP) government, they’re constructing the roads for us and we always feel happy looking at it.

Prior to the construction of this road, our women find it difficult to go to the market. The fish and other food crops were left to rot due to the unavailability of the road to send it to the market but with this work on the roads, things are gradually changing.”

Initially, the road was very bad but with the coming of our DCE and by the grace of God, they are working on the road for us, this will help the entire community, especially pregnant women and market women,” another resident, Togbe Yeboah VI said. 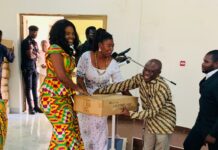