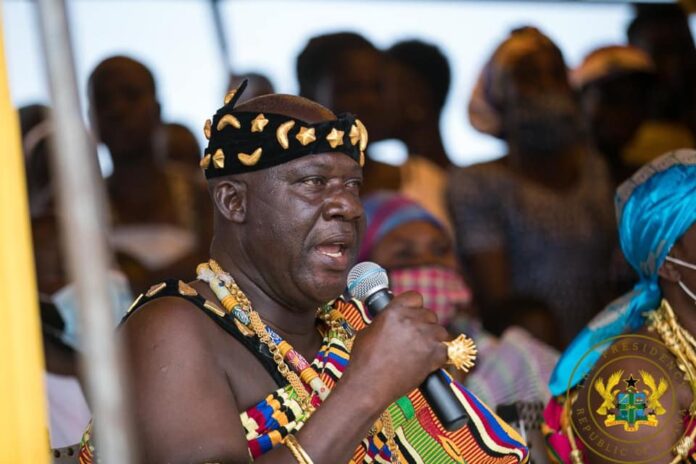 Nana Osore Krunku III, the Acting President and Kyidomhene of Nkomi Traditional Area in the Sene East District of the Bono East Region, says the Chiefs and people of his Traditional Area are confident that the people of Ghana will give President Akufo-Addo and the New Patriotic Party in the December 2020 elections
According to him, in the run up to the 2016 election, then-candidate Akufo-Addo promised to create new regions from the existing ones, and true to his word, six (6) new regions have been created, from which the Bono East Region was carved out from the old Brong Ahafo Region.
“Indeed, because of your exemplary leadership in Ghana, your policies that have affected every part of Ghana, your handling of the COVID-19 pandemic, and your international standing in West Africa, you have been elevated to the status of ECOWAS Chairman. We congratulate you on this outstanding feat. You have brought honour to Mother Ghana,” Nana Osore Krunku III told the President.
Citing examples of the policies that have been implemented by Government over the course of the last three and a half years, he stated that most of the promises contained in the 2016 NPP Manifesto have been fulfilled. 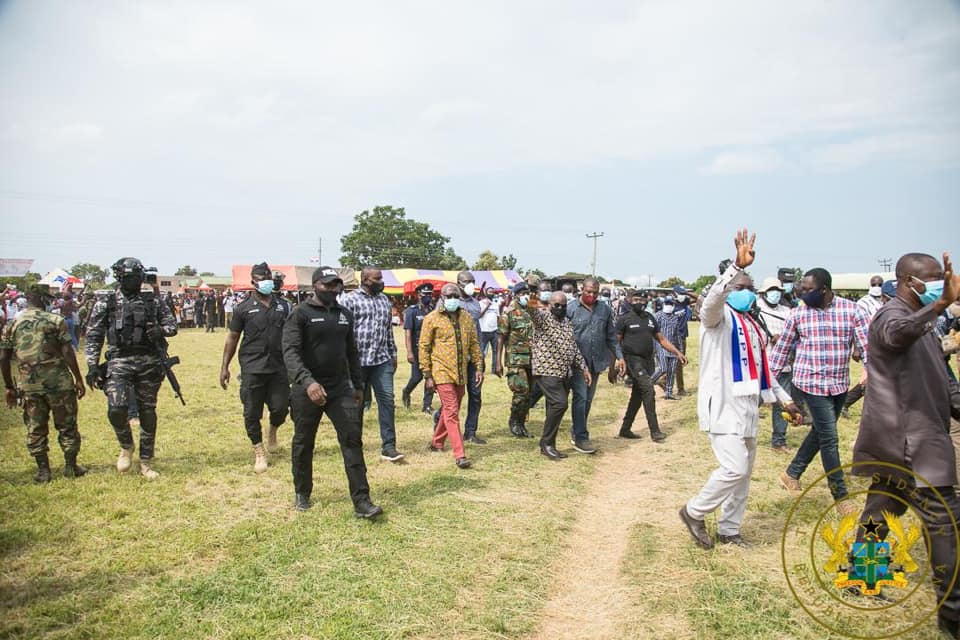 “In times past, our railways sector was in complete disarray. Today, our railways sector has been revived, and trains are plying routes from Accra to Tema and to Nsawam. This is a great thing for Ghana. Again, Free SHS has reduced the financial burden on parents, and has allowed students, who would have, otherwise, truncated their education at JHS level, now have the opportunity to further their education, and, thereby, guaranteed a brighter future,” he said.
The Kyidomhene continued, “There were many who said Free SHS was not going to be possible. You (President Akufo-Addo) have done well by fulfilling this promise. Planting for Food and Jobs, Youth in Afforestation, are some of the policies benefiting residents of Sene East”.
He also thanked President Akufo-Addo for decentralsiing the processing of awarding scholarships, and thanked the President for instituting the policy of NABCO which has helped solve the problem of graduate unemployment.
Praying for good health, wisdom and long life for President Akufo-Addo, Nana Osore Krunku III, on behalf of the Chiefs and people of the Nkomi Traditional Area, stated that “four more years for Nana is already assured. There is no question about it.”