The Member of Parliament for Akuapem North, Ama Dokua Asiamah, has been cited for contempt of Court by some polling station executives of the ruling New Patriotic Party challenging her eligibility at the Koforidua High Court.

The plaintiffs, Emmanuel Kwaku Larbi, Ebenezer Ayeh Gyan, Joseph Ata Aboagye, Eugene Asare and Joseph Ahwireng Danquah on August 13, 2020, filed an injunction application at the Koforidua High Court against the New Patriotic Party, some regional and constituency executives and the MP seeking to restraint her from filing her nomination form but the Member of Parliament has since failed to appear in court with the excuse of ill health.

The Plaintiffs contend in Court that, the MP who doubles as Deputy Information Minister has not been acclaimed by the delegates to go unopposed as required by the NPP constitution and therefore not qualified to file her nomination form.

The MP has however filed her nomination form this week at the Electoral Commission office. 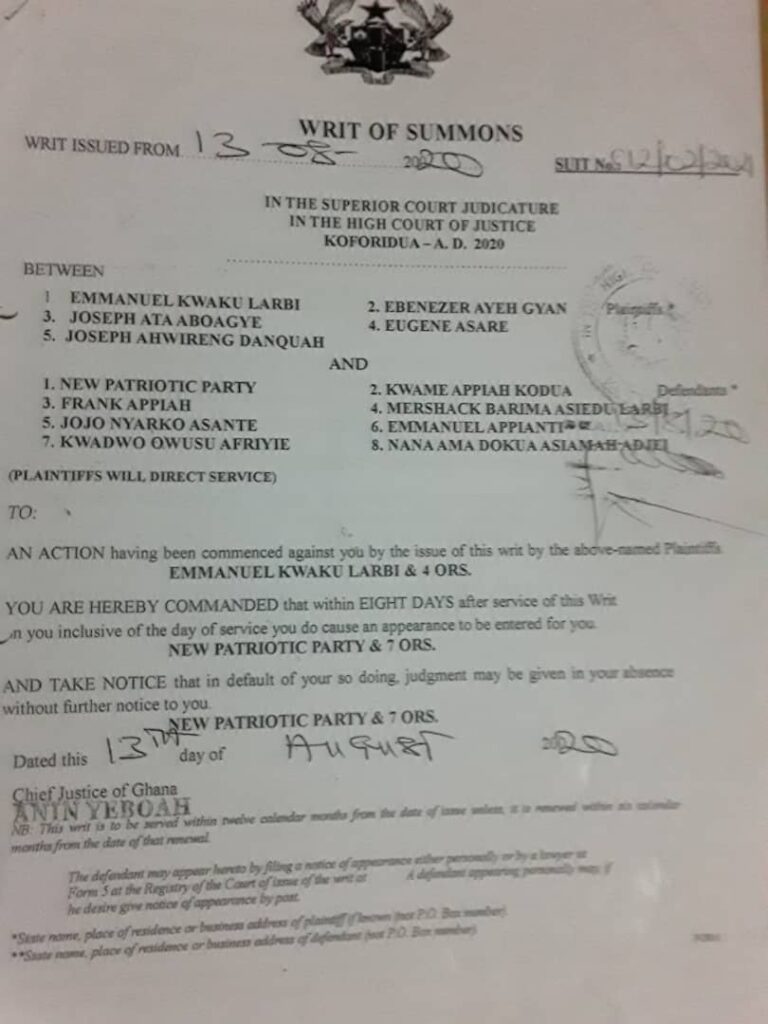 One of the plaintiffs Eugene Asare, a polling station executive at Tutu Presbyterian primary school says the MP will be cited for contempt of court for disregarding the writ of summon served her.

The disqualification of two Candidates, Philip Addison and William Agyei Twumasi,  Accountant at Presbyterian College of Education, Akropong who were contesting the MP in the Primaries has created a feud in the Constituency.

Many of the polling station executives of the NPP have been agitating against the party’s decision, vowed to vote against the NPP if the decision was not reversed . According to them, the MP is incompetent and unpopular.

Mr.William Agyei Twumasi- one of the disqualified aspirants has filed to contest the 2020 election as Independent Candidate despite persuasions by some top NPP executives.