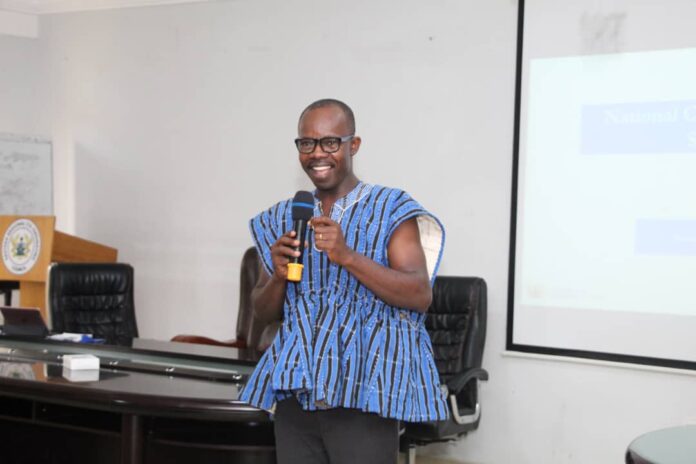 The Head of the National Cyber Security Centre (NCSC), Dr. Albert Antwi-Boasiako has assured that Ghana’s electoral database is secured against cyber attacks.

According to him, even though the Electoral Commission is an Independent body, as far as the work of National Cyber Security Center with critical Information infrastructure sector is concerned it is providing the needed support to the commission adding that the EC is implementing specific safeguard to protect its data.

In the 2016 Presidential and Parliamentary elections, the website of the Electoral Commission of Ghana was hacked by hackers in a bid to publish fake results in their favour.

Speaking to Starr News in Koforidua after a day’s workshop on Tuesday, the Head of the National Cyber Security Centre (NCSC), Dr. Albert Antwi-Boasiako, said Ghana’s cyber security architecture has seen significant policy interventions in the last three and half years improving the cyber security ecosystem in the country therefore assured of secured electoral process come the ,December 7 Presidential and Parliamentary elections.

“Ghana’s cyber security readiness has improved relatively if you look at the global ranking .In 2017 were somewhere around 32% base on intervention the government has made within the last three and half years IT is currently collating the data for 2020 we wouldn’t be under 50%”.

He continued “the EC has been been working to improve its own security environment. EC is an independent entity if the state and as far as our work with the critical Information infrastructure sector is concerned, electoral commission is implementing specific safeguard to protect that particular environment so we should be assured in that respect”.

He, however, urged Ghanaian Journalists to be be watchful over the influx of fake news about the December 7 election which is another way cyber attackers attempt to discredit the electoral process.

“However as Journalists what we need to really look at, is the issue of fake news, disinformation, and misinformation. That has come up into the space and our analysis by the center suggest that these kind of trend will go on, it will escalate into the election. What is the goal?, to undermine political opponents, to confuse the discerning voters obviously to win the election in their favour.”