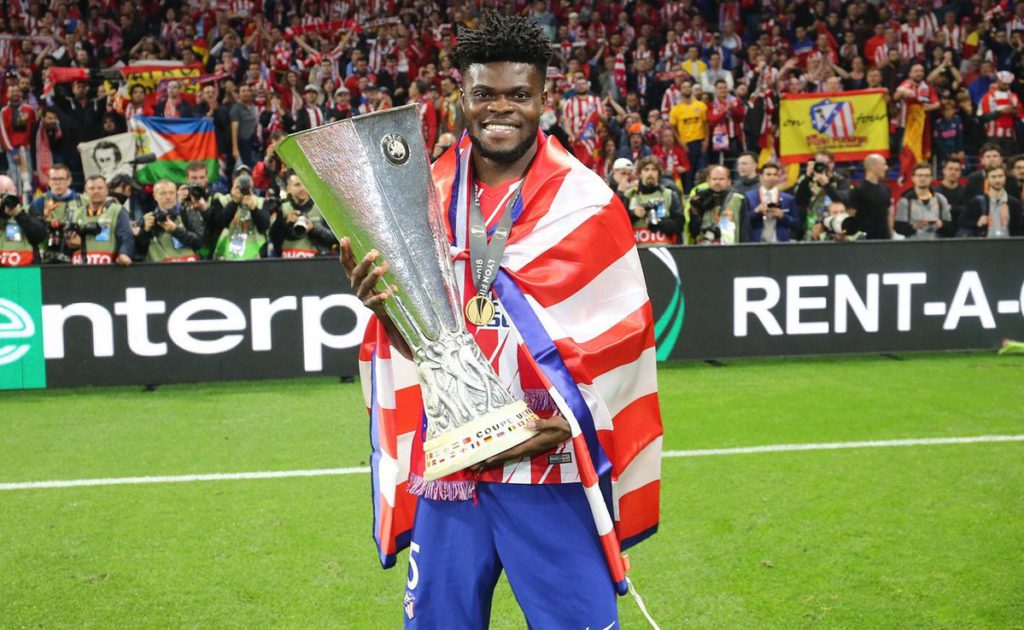 Arsenal have signed Thomas Partey from Atletico Madrid on a long-term deal after paying his 50m euros (£45.3m) release clause.

The 27-year-old Ghana midfielder made 35 league appearances and scored three goals for Diego Simeone’s side as they finished third in La Liga last season.

He played 188 times for Atletico after joining the club in 2011.

Uruguay midfielder Lucas Torreira, 24, has moved in the opposite direction and joined the La Liga side on loan.

Arsenal have been linked with Partey, who has 29 international caps, throughout the summer transfer window.

Arsenal manager Mikel Arteta said: “We have been watching Thomas for a while, so we’re now delighted to add such a high-quality player to our squad.

“He is a dynamic midfielder with great energy. He brings a lot of experience from a top club that has competed at the highest level in La Liga and the Champions League for several years.

“We’re very impressed with his attitude and his approach to the game. He’s an intelligent footballer and we’re looking forward to him integrating into our system and contributing to the progress we’re building at the moment at the club.”

Arsenal were also interested in Lyon midfielder Houssem Aouar, 22 – however Aouar told French TV earlier on Monday’s deadline day that he would definitely remain at the Ligue 1 club.

Torreira – who joined Arsenal from Sampdoria for £26m in July 2018 and has made 89 appearances for the Gunners – moves to Madrid on a season-long loan.

Arteta’s side have won three of their opening four Premier League games as they look to improve on last season’s eighth-place finish.

‘Partey signing is a massive statement’

Thomas Partey – what a signing. I cannot believe there are not more clubs lining up for him.

He is so good. A lot of people just think about him defensively, but he has actually got quite a bit going forward.

He has scored goals for the national team and a few for Atletico Madrid as well. It is a massive deal for them and a massive statement.

Thomas Partey has a lot to offer. He has been one of the best players at Atletico Madrid over the last two seasons.

He was key for them in their Champions League campaign.

He is someone who is very good at protecting the defence but is also very good at going forward. He is an excellent passer of the ball. He is great when it comes to ball recovery and pressing up the pitch.