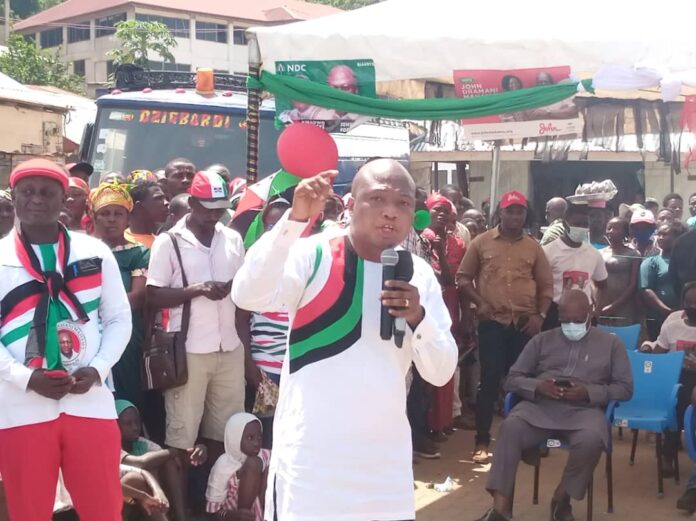 The Member of Parliament for the North Tongu constituency Samuel Okudzeto Ablakwa, has said that the creation of the Oti region is no significant achievement of the Nana Addo led administration.

According to the former deputy minister of education, the mere creation of the region is not enough reason for residents in the region to vote and retain the NPP in government at the December 7th polls, since the NDC would have done same if it had won the 2016 general elections.

Mr. Ablakwa, made the statement at a mini-rally held at Abotoase in the Biakoye constituency on the first day of a 2-day campaign tour of the Oti region by the party’s running mate, Prof. Naana Jane Opoku-Agyemang.

He added that, “We all have seen what he has done, we all know what Prof. Naana Jane Opoku-Agyemang has done as a minister of education; I can see the community day school E-block here, a very beautiful school bus, electricity was brought here by the NDC, the Eastern Corridor project was a project the NDC began among many other things and I believe that’s what we want, that’s what you want and so you have to go and vote for John Dramani Mahama.”

Prof. Naana Jane Opoku Agyemang’s tour of the Oti region would include visit to the Krachi East, West and Nchumuru constituencies on day one.

On the second day of the tour, the team would be in the Nkwanta South and North constituencies engaging residents on the NDC’s policies and projects ahead of the December general elections.