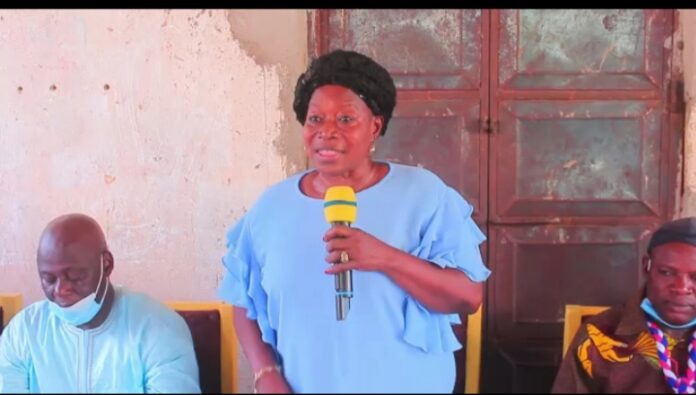 The First National Vice Chairperson of the New Patriotic Party (NPP) Madam Talata Asobayire, has led a cracked team of party stalwarts to Wulensi Constituency in Northern Region to witness unity and peace talks initiated by Alhaji Abdulai Haruna, one of the contestants in the party’s Parliamentary primaries organized this year. She was accompanied by Prince Imoro Andani, former Northern Regional Minister, Alhaji Salifu Saeed, current Northern Regional Minister, and other key members of the party.

They commended Alhaji Abdulai Haruna and his supporters for burying the differences that emerged after the party’s Parliamentary polls which nearly divided them. They also encouraged the aggrieved followers to show commitment, indicating that the party has good plans for the constituency. 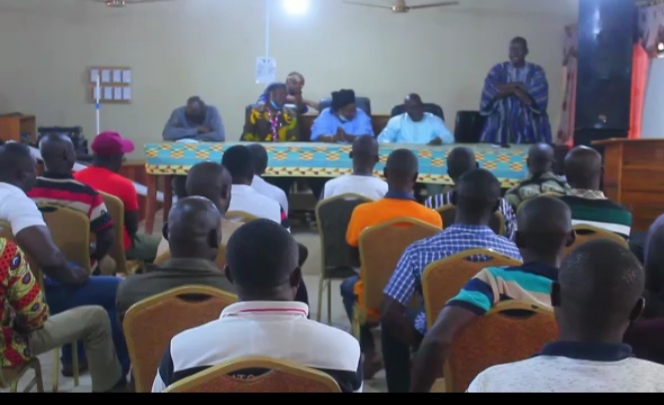 Addressing the enthusiastic crowd gathered to witness the peace accord, the first National Vice Chairperson assured the aggrieved supporters of restored hope in the Constituency. According to her Alhaji Abdulai Haruna would secure appointment in the next government of President Nana Addo Danquah Akufo-Addo after 2021.

“I want to extend the gratitude of his Excellency the President Nana Addo Dankwa Akufo-Addo to the good people of Wulensi and to tell you that, he (President) has good plans for you. 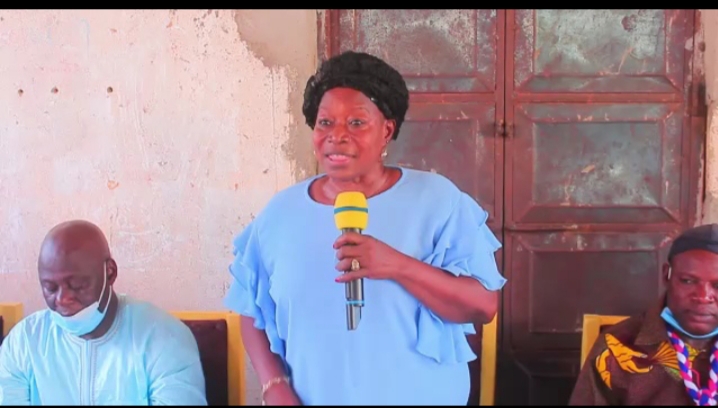 “Alhaji Haruna has shown that he is a true leader and we have taken note of him, I, therefore, encourage you to support the party and ensure we win both presidential and parliamentary in the constituency.” she said

Prince Imoro Andani, Board Chairman of Ghana Integrated Iron and Steel Development Corporation, in an address, expressed profound gratitude to the aggrieved party supporters for giving audience, and listening ears to the leadership of the party to speak to them on significance of peace in the Constituency. He cautioned against any attempt on the part of the electorates to vote skirt and blouse in the constituency during the 7th December elections. According to Prince Imoro Andani, the massive support the Presidential candidate of the NPP enjoys in the Constituency must be extended to the Parliamentary candidate Thomas Donkor Ogajah.

For him, the NPP requires the total support of all party members in the Constituency in order to win convincingly with an overwhelming victory recorded.

On his part, Northern Regional Minister, Salifu Saeed, popularly known as “You can be sure” assured the people of his unflinching support to assist them extend the dominance of the party in Wulensi constituency during the impending elections.

He promised to rally behind Alhaji Abdulai Haruna to gain recognition and appointment in the next government following the sacrifice he made for the party. He said the parliamentary candidate has demonstrated beyond any reasonable doubt that he controls the chunk of the party’s support base in the constituency.

The Regional Minister said the leadership of the party would want to restore confidence in the people through the influential prowess of Alhaji Abdulai Haruna which he has garnered in the constituency over the years as a business mogul.

The aggrieved members of the New Patriotic Party (NPP) in the Wulensi Constituency had threatened to quit the party. But, following the decision of Alhaji Abdulai Haruna to bring the feuding factions together, they have rescinded their decision.

Consequently, they have pledged their unflinching support to the party on grounds that both the Presidential candidate Nana Akufo-Addo and the Parliamentary candidate Thomas Donkor Ogajah would win the December elections with a landslide victory in the constituency.

The unity deal was brokered by the parliamentary hopeful of the party, Alhaji Abdulai Haruna, following series of crunch meetings to calm the nerves of his supporters who had rejected the outcome of the Parliamentary primaries organized this year to select parliamentary candidates for the party.
Before the unity talks, there were lots of agitations and accusations of impersonation of delegates and the use of ghost names to vote, among other allegations emerging after the internal polls.

However, on Saturday, October 10, 2020, Alhaji Haruna convened a reconciliation meeting at his residence in Wulensi where he called for unity and forgiveness in the party. He pledged to throw his weight behind the incumbent MP by campaigning for him and the party to retain the seat.

“I am committing myself and my supporters today to fully participate in the campaigns for the party and the candidate to win massively. I pledged to commit resources and my strength to ensure victory in the December elections so that Nana Addo wins and the incumbent retains the seat”, he stated.

“The party is supreme and I called on all my supporters to bury the hatched and join the campaign with the love they have for me,” he said.