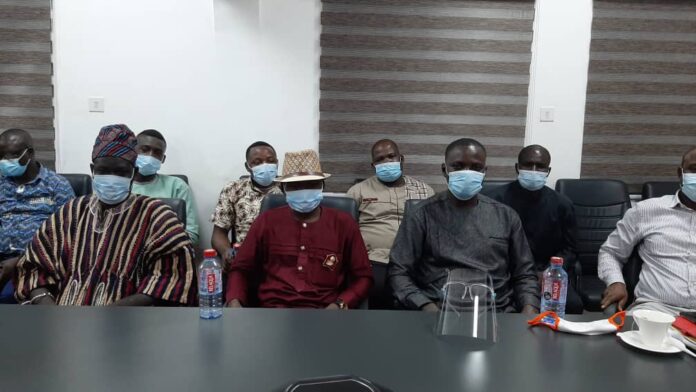 Campaign Manager of the NPP, Peter Mc-Manu says the party would retain the parliamentary seat in the Wulensi Constituency in the Northern Region in the upcoming 2020 general elections.

He added that the party will also increase the margin of votes expected for President Akufo-Addo after the polls.

His supporters had threatened to vote skirt and blouse after he lost the primaries by two votes to the incumbent Member of Parliament, Thomas Donko Ogajah.

The aggrieved supporters have since rescinded their decision, and assured leadership of the party of their commitment to secure landslide victory for the party.

Speaking to the media after a meeting with Alhaji Abdulai Haruna and his supporters, Mr Peter Mac-Manu said the party is more than united to win the constituency.

“I want to extend appreciation to the people of Wulensi especially Alhaji Abdulai Haruna and use the occasion to congratulate the people for the unity they have brought to the party in Wulensi and the good works they have done which gives me hope that we are going to retain the seat and increase the margin of vote for the President,” Mac Manu said.

On his part, Alhaji Haruna pledged to throw his weight behind the incumbent MP by campaigning for him and the party to retain the seat.

“The party is bigger that any individual. We have agreed that the president has performed very well for this country, so we want to do every thing to get four more for Nana, to do more for this country.

So what we have done after the primaries for this party has been phenomenal, all petty issues that were there have been resolved.

The unity deal was brokered by the parliamentary hopeful of the party, Alhaji Abdulai Haruna, following series of crunch meetings to calm the nerves of his supporters who had rejected the outcome of the Parliamentary primaries organised this year to select parliamentary candidates for the party.

Before the unity talks, there were lots of agitations and accusations of impersonations of delegates, and use of ghost names to vote, among other allegations emerging after the internal polls.

Last Saturday, October 10, 2020, Alhaji Haruna convened a reconciliation meeting at his residence in Wulensi where he called for unity and forgiveness in the party.

To prove his readiness to partner with the incumbent MP to retain the seat, Alhaji Haruna, donated fifteen motor bikes, hundred plastic chairs, ten thousand Ghana cedis (10,000) cash for renovation of the constituency party office which he personally built in 2012.