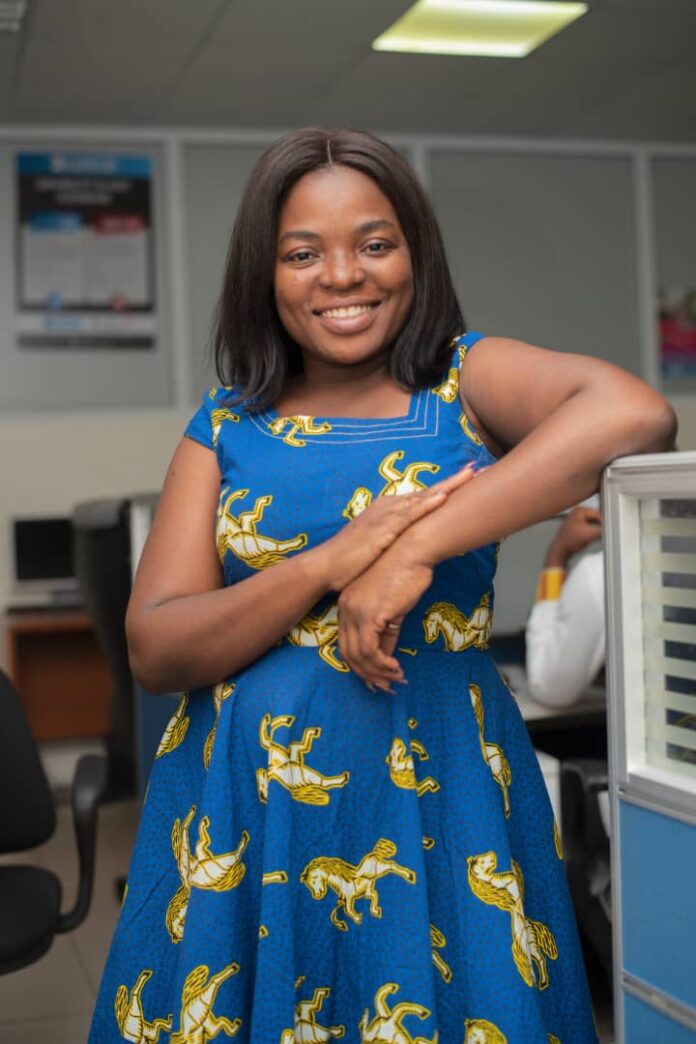 Miss Arhin will pick the first of the two awards in the upcoming Open Forum Agricultural Biotechnology (OFAB) media awards this Friday, October 16, 2020 before she lined up later in the month for the Ghana Energy Awards (GEA) where she has been nominated for ‘Energy Reporter of the Year 2020 category on October 30, 2020.

“The Open on Agriculture Biotechnology Ghana Chapter is glad to inform you that you have been selected as a winner in the upcoming OFAB Media Awards 2020. …The award is on the theme; ‘Credible Science Reporting a tool for Science Led Economic Development in Ghana,” the invitation to Francisca Dickson Arhin stated.

The OFAB Media Awards, which is slated for Friday, October 16 aims at recognizing exemplary journalism that stimulates best practices in the adoption of agricultural technologies, particularly agricultural biotechnology.

The awards provide an opportunity to enhance knowledge-sharing and awareness creation of agricultural biotechnology that will raise understanding and appreciation of the technology and contribute to building an enabling environment for informed and timely decision making.

The awards also provide an opportunity to enhance knowledge-sharing and awareness creation of agricultural biotechnology that will raise understanding and appreciation of the technology and contribute to building an enabling environment for informed and timely decision making.

This will be OFAB, a non-governmental organisation (NGO) with focus on agriculture third edition of its media awards for journalists reporting on agriculture in Ghana.

The annual awards scheme instituted in 2017, aims at recognizing exemplary journalism that stimulates best practices in the adoption of agricultural technologies.

The awarding criteria is based on key considerations such as the scientific accuracy in reporting biotech related stories, initiative, originality, clarity of interpretation and value in fostering a better public understanding of agricultural biotechnology and its impacts.

The organizers of the awards scheme believe that with agriculture, science and technology being an integral part of Ghana’s development agenda, journalists play a key role in helping the country to achieve the desired results in the field of agriculture.

The OFAB, an initiative of the African Agricultural Technology Foundation, is a platform that provides an opportunity to enhance knowledge-sharing and awareness creation of agricultural biotechnology.

For the third consecutive times, the GHOne TV’s Business Reporter has been shortlisted after missing out narrowly in the previous editions.

The GEA aims to recognize the efforts, innovation and excellence stalwarts within the energy sector and to celebrate the tremendous work of the players competing under various categories of the awards.

The GEA platform is regarded by the organisers as perfect opportunity to network with the sector’s finest players in an exclusive surrounding with a dynamic party atmosphere in the night.

Francisca Dickson Arhin is a two-time winner of the business reporter for the Institute of Financial and Economic Awards and will be contending with three others for the ultimate prize.

The nominee has had training with NRGI, ACEP, Penplusbyt, PIAC and other energy institutions, platforms that have given her in-depth knowledge of the sector.

Featured in the list are top players in the country’s power, petroleum and renewable energy subsectors vying for the number one spot in each of the 14 competitive categories.

This year’s event is under the theme: ‘Excelling in Crisis: The Energy Sector in a Covid-19 Era’.

It is organised by the Energy Media Group, in collaboration with CH-Business Consulting Ghana.

Special Guest of Honour for the night is the Honourable Minister for Energy, John-Peter Amewu.