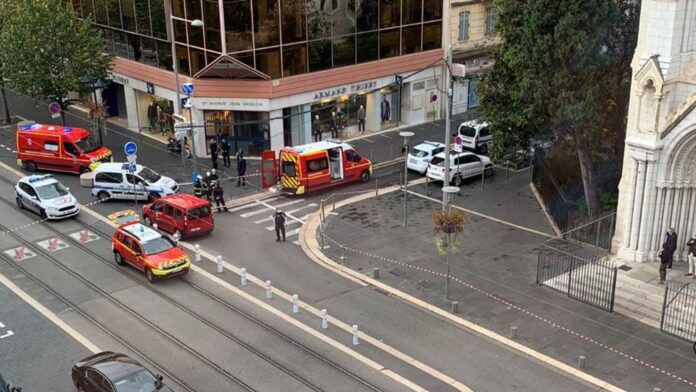 A woman has been decapitated in a suspected terror attack in Nice, French police say.

Three people have died and several others are injured after a knife attack reportedly took place near the Notre Dame church.

He added that one person had been arrested.

French interior minister Gerald Darmanin said a police operation is under way and encouraged people to stay away from the area.

The assailant was arrested after the Thursday morning attack and taken to a nearby hospital after being injured during his arrest, a police official told AP.

It comes as France is under high alert for terrorist attacks.