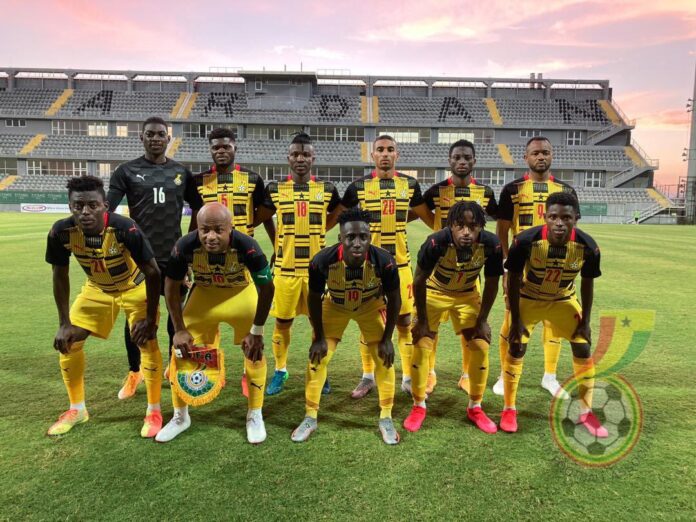 C.K Akunnor’s charges bounced back from a 3-0 defeat to Mali to record the comfortable victory at the Titanic Stadium, Antalya in Turkey.

Tarique Fosu opened the scoring with a tidy finish to a Jordan Ayew cross on the 22nd-minute.

The Black Stars however maintained their composure and control of the game for large spells of the game with Thomas Partey and Andre Ayew nearly giving Ghana the advantage after the break.

Captain Dede Ayew grabbed his first goal of the game as he controlled an attempted shot from Thomas Partey which he placed beyond the reach of Al Sheeb in goal for Qatar.

Samuel Owusu almost immediately increased the tally for the Black Stars of Ghana with a sublime finish after he was put through by Thomas Partey.

With 10 minutes remaining, Black Stars captain Andre Ayew bagged a brace before Caleb Ekuban buried the game with Ghana’s fifth of the night.

C K Akunnor’s charges next play Sudan in a double-header of the African Cup of Nations Qualifiers.